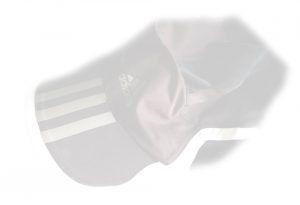 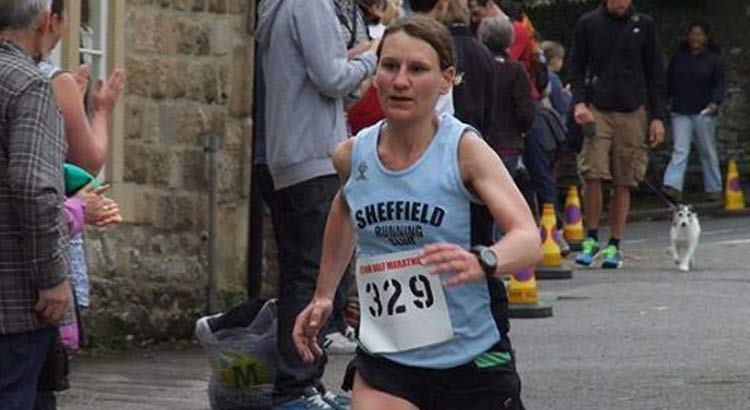 So rather than rest the day before, I decided to run 26.2 miles through the White Peak aka the White Peak Marathon. Or was that just an excuse? Normally you would refuel properly too the evening before a half marathon. I had my running club social to attend, which just gave me more inspiration and excitement for the next day as I listened to stories from our guest speaker. However, I will admit that I didn’t eat enough and eating buffet food at 9.30pm was probably not the best of marathon recovery strategies nor the best way to prepare for a half. However today is just another day, and there will be another challenge excuses aside, excuse me.

The race was appealing’ to me because of the hills. Immediately when I went on the website this shouted out at me:

If Carlsberg did Half Marathons’……..Peak Paul ( Copyright from Eyam Half Website)

So with only 7 days to go before the race myself and my friend Shaun found ourselves signed up for what I would describe as.. if If Hendersons Relish did hills. Do or do not there is no try as Yoda would say.

I should have supported a sticker saying “Fragile handle with care” – as my quads felt like they had been left in the freezer overnight and frozen onto my body as we rolled out of the car at Eyam. Best case scenario around 1 hr 50 minutes, worst-case scenario DNF. Let’s see how cruel to be kind these killer hills would be.

The village was covered with runners as we lined on the start line up the mid pack. I am doing this for me, no times expected nothing. I didn’t realise that someone from Marathon Talk was there and reviewed the race on the most recent episode of Marathon Talk. It is a must-listen for anyone who has done the race, a perfect description.

Just dont expect a PB unless you are Peter Clayton. – Marathon Talk

Before we knew it we were off. Within minutes I could feel my quads burning from yesterdays epic but I was determined to finish this thing even minutes after having started it. One lap around the village was deliciously lovely with all the locals out cheering us on. A little hill to warm us up for the biggies, then down then the first mile was done. And the only way was up. And I mean up!

If you never attempt the ascent, you’ll never know the thrill of swooshing down the other side – Author unknown

I settled into a nice pace almost tip-toeing up the hill a few people passed me but I wasn’t concerned I was going at my pace and was happy. I wasn’t out of breath just the legs had just been set in concrete.

Round and round and up and up. At the top of the hill a perfectly placed water stop, only 2 miles in but fantastically enough just to wet the mouth.

Back on a much more flatter bit (not really flat completely undulating but flatter than hilly) I began to establish my pace. I spotted a Totley AC vest in front of me, and realised it was Simon (aka mazymixer from Twitter) I caught him up we said Hi to each other passed on our good luck messages and on I went leaving Simon to chase me. Down the hill I went a Sheldon Strider girl passed me and then I regained the lost time again on the hill, we chatted about the beautiful landscape and the difficulty of this race, then off she went again down another hill and past the Gliding club. I wouldn’t say I was exactly gliding as the quads were still burning but neither was I out of breath. It was a somewhat odd combination.

The next few miles were rolling up and down, the most beautiful scenery anyone could imagine in the heart of the peak district. It would have been rude to go any faster. My legs probably just wanted to stop and admire the views rather than run. As I turned every corner I was greeted by more fantastic scenery I was losing myself in the beauty of it almost forgetting to run.

Runners see the horizon as a destination not a limitation. – Go run Today

The race organisers had obviously invested a lot of money into the gorgeous weather. Not too hot or sunny but perfectly bright. The limestone walls gleamed back at us, the marshals and supporters all so friendly and helpful. Bottled water was a bonus as normally at these more low key unchipped races we expect cups of water. Although lots of water is wasted they are much easier to drink than cups IMO. Many of the local children were handing out jelly babies, such a lovely touch. This was a real village community race. Run hard and be nice to the marshals.

Running is life with the volume – Running Junkie

And then it was down down down right down to Hathersage, this may be refreshing but it was still tough. I was catching up the Sheldon Striders girl on the downhill and overtaking others. That was a first for me. I knew I wasn’t going overly fast but I had a big smile on my face even though my quads were still screaming out at me to stop.

At the bottom of the hill a big cheer went out and a “Go sheffield”. A boost and a half. Right at the 9.5 mile mark. I knew what was to come a hill, another hill another hill and yet more hills, the only way was up. 2.5 miles of up hill the whole race being 1200feet of climb the scenery justified all this.

After climbing a great hill, one only finds that there are many more hills to climb. – Nelson Mandela

The steepest section suddenly emerged from the main road from Hathersage and here some people were walking. I contemplated it myself but found I was running much faster than the walkers so kept on going overtaking some of the guys. Myself and the Sheldon girl were running side by side now chatting away. A fantastic cheer from the Totley AC crew supporting a car, lots of coloured wigs and horns really helped me push deep as they shouted out for us. Thank you Totley you did a fine job. Just what we needed up there.

Good, better, best. Never let it rest. Until your good is better, and your better is best. – Tim Duncan

Onwards and guess what? Upwards – correct, how did you guess. I got an extra push and passed through the Sheldon girl and a few more guys, hello again Totley!. Hi there back – a quick chat to comment on their support and I was off again. The country lane meandered around some lovely woodland, shaded by the sun. up and down and round and round. There was no such thing as flat around here.

At the corner of the road a group of kids were shouting out positioning 123, 124 something like that, but really it didn’t matter as I pounded up the hill chatted to a few of the guys and powered on up ahead of them. I must have overtaken most of them as I found myself running strong on my own up the last stretch, smiling to myself knowing the last mile was downhill and I was nearly ‘home’.

PAIN. Pain comes in all forms: the small twinge, a bit of soreness, the random pain, the normal pains we live with every day. Then there’s the kind of pain we can’t ignore; a level of pain so great that it blocks our everything else, makes the rest of the world fade away until all we can think about is how much we hurt. How we manage our pain is up to us. Pain. We anesthetize it, ride it out, embrace it, ignore it… And for some of us, the best way to manage pain is to just push through it. – Benefits of Giving

And the last mile did not fail to disappoint as once the Eyam Village sign was in sight it was a mile down hill, as I picked up speed and relaxed into the decent. My legs were emotionally distraught but so near I found that extra strength to give it whatever I had left in the tank. Someone shouted out “sprint girl” as I overtook one guy and got into such a good rhythm that nothing was going to stop me now.

Round the corner and descending into the village I spotted two other guys in front of me, I was determined to catch one of them up. The course narrowed with cones flattened out and almost ‘Hillaged’ just before the 13 mile sign which is where I suddenly lost it. Get a grip I told myself you are ‘nearly there’ as I struggled on, my muscles now almost giving up on me screaming out to stop. There was still that guy to catch up with as I powered around the corner and went for it with as much power as I had left. And yes I overtook the guy and come in at a time of 146.25. Had he run a marathon the day before? Probably… not.

If the miles behind me could be put into words before you…
you would feel my efforts, my struggles, my desires,
most of all you would see my joy…
Watch me from afar run the trails and hills
and miles upon miles and you will see
Unknown

This was actually my personal worse (PW) time for a half marathon, but a personal best in terms of effort and achievement and Hillage. This goes to show that time is irrelevant the challenge isn’t.

My friend Shaun was waiting for me accompanied by a giant hug. He had run it in 142 minutes an epic time given he ran 22 miles the previous day.

The t-shirts although pink were meaningful – solidarity to one of the locals who had been receiving treatment for breast cancer. We meandered around the village, taking in the atmosphere chatting to the Totley crew, debating whether to get a massage (at £3 with all proceeds to Western Park Hospital we would be crazy not to) and drinking tea. The sun had finally got its hat out and it was a perfect sunny Eyam afternoon with a perfect half marathon event. Nice one Eyam.