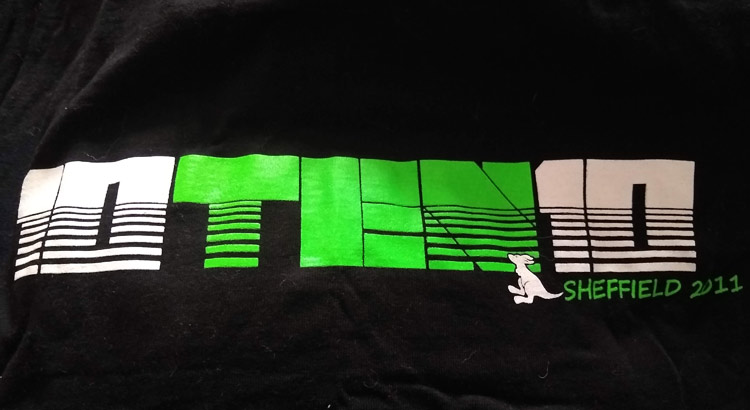 This was my first race since May 2011 after being injured with the dreaded Plantar Fascitis (nasty evil plantar f&*^%ing Fascitis). I had been running on and off short distance for about 3 to 4 weeks prior to today so wasn’t expecting anything nothing nothing at all. I had entered this race knowing it was not a fast route, knowing it was not a club event and knowing that even if I was a bit injured still I would get round ok. Being local and trail it had all the benefits of a comeback race and comeback I came back. Home territory.

The route was in reverse from last year, were 101010 trying to promote backward running or something or did they want to try and get faster times than last year. Well the latter worked though I saw no one running backwards, someone did have flip floppy type things on though, you know the type of sock shoes with toes, I think the craze is called barefoot running or something, give me my trail shoes anyday. And I did. I looked around before I began the race and seemed to be the only one possessing trail shoes, erm hello its muddy its trail most of the way you are going to slip in normal running trainers. Oh look at me oh wise people. Not.

So this year I stood around the 40-50 marker, being optimistic of course, I was aiming for a sub 50 but without any pressure. Some of the guys still looked pro around me, many of the Tri club guys from Sheffield running this event of course given it’s their guys who are organising this.

And off we went, my nerves had gone away from earlier this morning and I instantly got my grip and followed through two of the Sheffield Tri Girls I recognised from previous races. Within 500m or so on muddy grass I had passed them and began to get into my stride. Onto the road the trail shoes did nothing and I felt myself failing, no just slowing there is no such word as fail.

If you fail to prepare, prepare to fail. – Author Unknown

The race supported an up hill challenge 100m of grassy bank up hill funnily enough which was chipped to see who could sprint up the fastest, not me but I was going to have a go as I managed to take on the hill and overtake two, no three of the girls to reach the top puffing and panting but maintaining speed. Onto narrow trail with tree roots and stones and branches, single file ladies and gents, single file. Don’t push, oh no we will queue instead we are so British. This is where the race slowed down a bit. I was so enjoying it, the crisp autumn leaves with no salt and vinegar or cheese and onion in sight, just me and lots of other trainers.

It was two laps, but that was fine, my brain was in gear as I meandered around the woods onto the bike and footpath back past the little drummer boy playing his drum and encouraging all of us, and into Endcliffe park again I went, round the back of the park and back into the big grassy bit to pick up a bottle of water at the 5km (saying Thank You always say thank you, I have been a marshal you know) and onwards and round yet again. Swings and Roundabouts and all.

I felt strong had no idea of speed but felt comfortable which was the main issue. The foot was good, the plant was no longer too arrrr even though I was aware of it. Back onto trail after about 1km of road was a welcome feel to the foot and up the hill again as someone shouted at me “Go Lady dig deep” – thank you for that it really spoored me on.

Back round at about 8km I felt myself slow down as some of the big boys overtook me. Don’t pass me please I am not in your gender category. I just don’t have the speed and didn’t want to over do it. Just do it but don’t over do it.

Back around Endcliffe park I got a shout out as 4th female – WTF I am injured I haven’t run for 5 months how can I be 4th Female? Stranger things have happened. There was no point in trying push further as I couldn’t see another female in sight I just had my sight set on a guy with a Hallamshire Harriers top on and to keep up with him and I did putting in a mini sprint at the end to over take the guy despite about 8 other guys passing me within the last 300 metres. I just got a glimpse of the clock as I approached the finish line, it was too late, it said 45 minutes and I was 5 seconds no 4 seconds no 3 seconds no 2 seconds no 1 second away, I was not away I was there – I had just run around 45 minutes after being off for 5 months – WTF?

I swear, I swear I now swear by spinning, I am convinced the spinning has kept up my fitness. The route was a very fast route as most of it was down hill, or at least it felt it, so I am not going to give myself too much credit however I am so proud of just being back running. I wanted to get around today, I got around without too much pain and am so proud of that – time was just irrelevant. Thank you 101010 for a lovely route and thank you to my foot for not being too painful. Oh I am so emotional. My only grumble is that there was no one to share this triumph with me – come on my friends where were you today. I was all alone, home alone.

The pride you gain is worth the pain. – Dennis Ogilvier