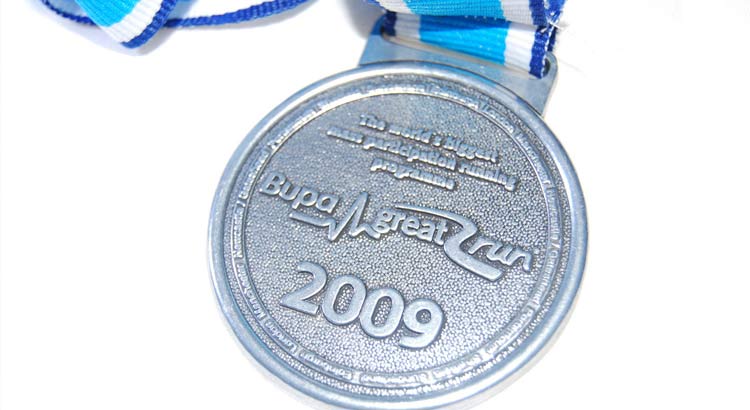 After a 200 mile drive to Newcastle the day before, running around Newcastle trying to find some nice pasta and 4 hours sleep due to the disco going on in the basement of the hotel, we still managed to complete this grueling and my very first half marathon race. Stepping out into Newcastle city Centre on a crisp Sunday morning confronted us with runners, runners, runners and more runners, all 54 000 of them. Coffee shops were buzzing with bananas, portaloos were plentiful – but not plentiful enough for some of the girls to pee behind a bush – honest, I did it too. To complete the madness of this humongous event over 40 luggage buses to transport our bags to South Shields. Standing on the bridge looking over the dual carriage way was a massive sea of people lined up for this event. Such an incredible sight, exceeding expectations of what is seen on the TV.

I managed to squeeze in with my friend who was in a different wave than me but we wanted to run together, for the first bit anyway. Cheers, music, nerves, as Mr Sting high fived everyone as they went past the start line. It only took just over 5 minutes to get across the start line, and away we were. Finding it amusing that the guys just stop for a pee by the side of the road just 100m into the race I was determined not to stop. Going through the underpasses singing and chanting made the atmosphere just incredible and very emotional as we crossed the bridge – where the infamous photos are taken.

Our first 5km was done in 24 minutes, and that’s were I sprinted on and left my running buddy behind as I had a good pace and just couldn’t stop or slow down. I knew I was going a bit too fast but so many people, so much fun I just ran, and ran and ran in the mass of 1000’s of other people. Cheers all the way from supporters at the side of the road, kids wanting to high five everyone, lots of snacks (oranges, ice lollies etc) to be grabbed along the way, roundabouts to negotiate and the plentiful water stops and poweraid stations.

Around the 10 mile mark I saw the clock about 1.23minutes I was doing good. A boost area with jelly babies gave more energy as the sun continued to shine down and runners continued to run. The last few miles were difficult with slight inclines, thank you to the lovely locals supplying more water up the hills. And then came the downhill towards South Shields with hay at the bottom for those running too fast (not me) and onto the home straight. A mile beyond I could see the crane lifting high above the finish line, I was tired but not collapsed like some people in the gutters. I would not be one of them during my last 1 mile as I took a steady pace to the finish line. My stride got longer as I saw the 400m mark, the 200m mark, the 100m mark and the finish line with the clock in sight. Did it really say 1 hour 50 minutues (ish) no way!

I finished in 1 hour 46 minutes – I can hardly believe my first half marathon race I did was in such a good time, aiming for a sub 2 hour I was mightly pleased as I fell to the ground under the ‘p’ flag waiting for my fellow running friend to join me.

An amazing race, atmosphere and achievement – definitely up for doing that again!