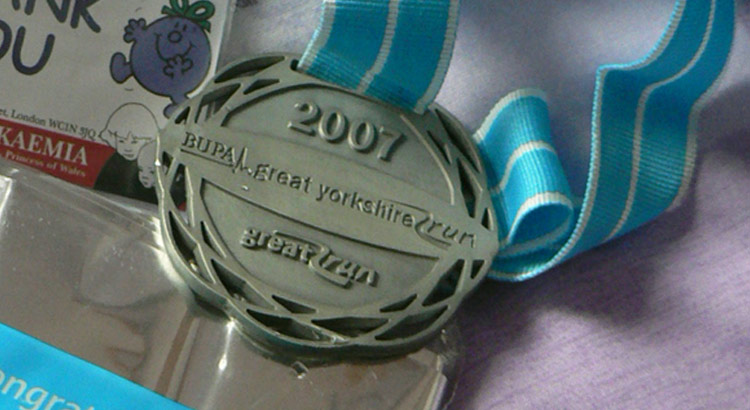 This was the first ever “Bupa Great Yorkshire Run” in Sheffield City Centre. A silent start as we all gave our respects to Jane Tomlinson at the start with a 2 minute silence to remember the braveness of this incredible woman.

The race was in waves which was a new concept to me, I was in “white” – whatever that meant. something to do with estimated completed times. I must have put over 50 minutes. It seemed I was in the right wave although I found many runners passing me within the first 1km. The route was up and down the Abbeydale road, not the easiest of routes but then getting a flat route in Sheffield would be like asking a Sheffielder to give up their bottle of Henderson’s Relish.

Even if you’re on the right track, you’ll get run over if you just sit there.- Will Rogers

Half way point and I was shattered already, my legs felt very tired, was I going too fast? Could I continue? Of course I could! I didn’t realise how hilly Abbeydale road was. After the 8km mark my legs felt like lead, yet I continued to run, as I headed in towards the city centre, up more slopes which felt like hills. Too much time down south I think!

Despite the last 1km being city centre it was a slight incline which made it more difficult, yet I managed to speed up a little to the finish line to collect my first Bupa goodie bag, drink, bar and t shirt. Enjoyable achievement.