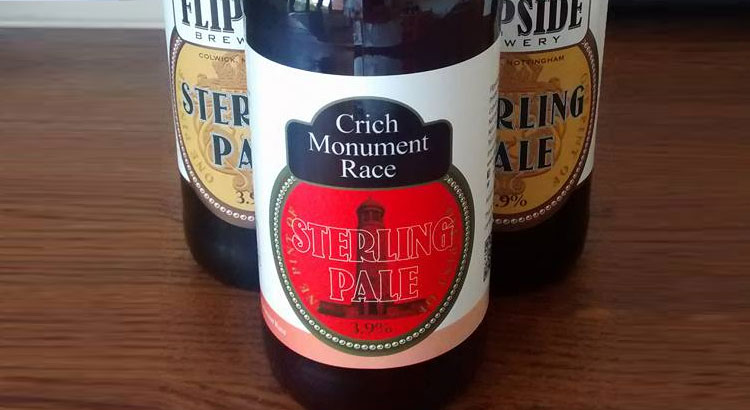 Crich memorial race is a great way to spend a really hot sunny Saturday afternoon in the middle of Derbyshire. I ran the race last year and bagged first female in dead on 53.00 minutes. I remember turning up 10 minutes before the race started, entered on the day, wonky number, wrong socks, wrong shoes, no watch, yes I ran naked… but really loved the course and the event – nothing to do with the surprising win. So I was back to not retain the title as I knew I was no where near as fit as last year but to have a go and to see where I was in terms of racing anything longer than a Parkrun.

Start where you are, use what you have, do what you can

This time myself Becky, Paul (OT) arrived in plenty of time to return my trophy from last year and queue for the portaloos before the start of the race at 1.30pm. Its a good job I entered on the day as entries had closed – the maximum amount of entries had been reached. A few people squeezed in and they were allowing others to ‘run the course’ but with no liability and for them to not cross the finish line. It was obviously getting very popular this little race.

I lined up 2 or 3 deep from the start and we were off up the grassy hump and round the field round the village of Crich. I had forgotten about the rather steep tarmac hill at the start before venturing into an upward field. I recognised the very strong local girl I managed to pass last year – Christine Howard and we played passie with each other for most of the race. First it was my turn to over take her on the field as I powered up racing towards the first walled stile where there were queues forming. Some straggled the wall with murmurs of ‘cheat’ echo’ing around. The echo could be heard all round every social media network.

Then around some trails and down the field we flew. At this point Christine came whizzing past me, I was unable to keep up with her on the descents but managed to straggle just behind her for the remaining downhill wooded section.

My favourite section, into the trails, winding around and down jumping over large boulders and traversing tree roots. Carefully placed marshals showed us the way. This section could have lasted forever I loved it. I think at this point I was around top 5 female position but position was at this stage irrelevant. I was thoroughly enjoying myself, dancing with the trails, grinning that I was just running again.

A good 2 miles and the runners hit the bottom of the woodland bliss and onto the canal. The sun was beating down very strongly. I knew this section was my nemesis, flat canal that just went on forever and ever and ever and ever. Easy under foot, just really like road but on canal path. The burning sun was slowing me down as I huffed and puffed and blew the canal down. Runners came zooming past me as I continued to struggle to keep the pace. Another girl in bright pink leggings came hurtling past me, I passed on my congratulations and told her to keep going, she was striding out a great pace. Water at around 3 miles was most welcome, little went in my mouth most of it over my body as there was no let up from the sun.

Having a rough day? Place your hand over your heart. Feel that? That’s called purpose, you’re alive for a reason don’t give up

Finally 2 miles later the canal path route was directed up into the beautiful calm cool woods. This is where I would feel more comfortable as I caught my breath back up the hillage, and caught up a few of the guys who had speedily overtaken me on the canal. I was catching Christine up but the girl in pink leggings had disappeared into the hillage beyond.

Continuing up the woodland I began to feel my strength again. Into the field which really does require walking. A few guys attempted to run it but there was no point as I was overtaking them only a few metres later as they too resorted to power walking.

A minor bit of tarmac before we were directed up yet again, a good mile or so towards the monument reaching out on top of the hill. This was where I caught Christine up last year and I did the same this year. Knowing she was much stronger on the downhills I gave it what I could on the uphill section and began passing quite a few more guys.

The monument was in the distant but slowly getting in spitting distance of my little legs that were working as hard as they could. It was not as steep as I remembered last year especially after crossing the tram tracks. I was in the zone now even though the heat was still a barrier to going any faster. (Remembering last year it was just as hot so no excuses).

Nothing worth doing is Easy – David White

I slowed down slightly just before the monument due to a narrow path where I ‘got stuck’ behind 2 guys again this is not an excuse I was running at my maximum, giving it everything I could. I could not have run any faster, this was my breather. Round the monument I ran.  I was now running with 2 or 3 guys, powering on down the incline towards the village.

The down hill phenomenon of Speedgoats (not in Hokas for those of you keeping up with the latest Hoka chat) was loosing my legs in its momentum. The girl in the pink leggings was quite a way in-front not catchable with my downhill running techniques of zero. I was beginning to loose the strength to push through as a couple of guys came past me. Jumping over a stile into a field we all commented to whether it was the correct path despite the amount of runners around us. Once in the last field, Christine came past me one final time. I was unable to keep up with her strength and stride for the final stretch around and back down to the village green. I was giving it everything but didn’t have that special power to keep it as strong as I would have liked. As the finish line drew nearer and nearer I had two guys flying past me. I need to work on my speed-work at the end of races it always seems to fail me. I want to finish strong and as fast as I can.

Running the human body’s most raw form of freedom

Dipping over the finish line with a couple of others we funnelled in, confusing the guys taking numbers. I had come in 4th Female beaten by around 20 seconds from the girl in pink leggings and a mere 5 seconds from Christine. I was really really pleased, dead on 54.00 minutes only a full 60 seconds slower than last year when I was at the height of my peak performance in ultra running world.

Goodie bags contained a bottle of beer, banana and ample water at the finish. A fantastic race once again.

I waited for Becky and Paul to come in, chatting to fellow runners in the meantime. Becky came in just under 1.15 minutes knocking a whooping 10 minutes plus off her time from last year.

What was there not to like about this delightful event? If you like trail bars, humongous hill climbs, winding woodlands, delightful descents and even buckwheat pancake flat land this is a must race for your Google calender next year. Just remember do not attempt to enter on the day.