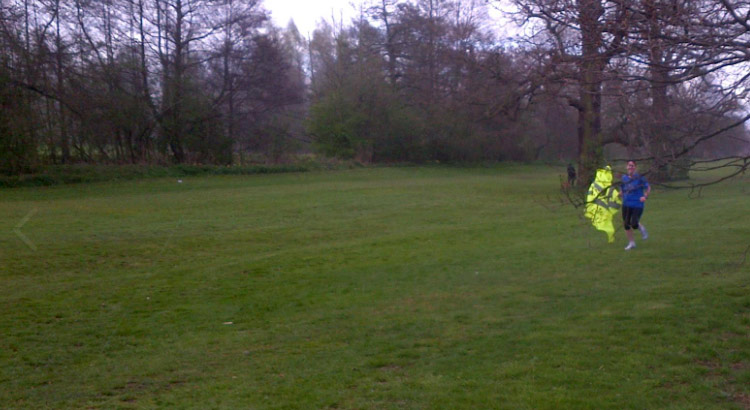 I have renamed this run the Darley Abbey Cross Country Run for it was not your average Parkrun. I was down in Derby for my best friends’ birthday so what better way to celebrate it than to run around a park, a proper park with proper grass and proper mud and proper squelch. This was all in derby and I want one of these in Sheffield, a cross country Parkrun

9am over 100 runners lined up in the park. I am not a full aficionado of Parkruns as I find them a tad boring, running round concrete paths x3 times in 20 something minutes. In all honesty it doesn’t inspire me too much but there is a place and a time when Parkruns come in handy. I love the concept of them and they get people running, its a real community. I just wish there were more like Darley Abbey and Conkers.

What I love about this Parkman is that it is controllable – 100 or so people, it is not on paths so the start is a proper long stretched out start only two or three deep, people are chatty and friendly and there is very little concrete – hurrah! Oh and its 2 minutes from my best friends’ house. Bingo! And we were off. There were two girls that looked very much like proper runners proper under 16 runners under double my age, I felt old but hell there was a guy next to me probably double my age too – the community of parkruns – attracting such a variety of runners, and dogs as even the dog was whimpering in the cold before the start. Of course the course that was once grass had already turned into a mud fest. That made me happy as I ploughed through the path infested puddles, splosh splashing my way into the top 20 runners. This was going to be a cross country not a park run. More mud around the boating house and up a slope, even with trail shoes on I was slipping. Onto the park paths with better grip I powered up the hill and kept pace going at the top. Ding I was at the top but on concrete as gravity pushed me down the wide path and back onto the mud.

Is that mud to get more muddy to keep to the left or keep to the right to avoid the mud? You could not avoid the mud, hell this was no ordinary park run. Cheers from the marshals as I passed the start to go round the cricket field, being told the next lap was ‘drier’. I really don’t think it mattered by then. There were around 4 or 5 of us pushing through the mud enjoying every minute of the thick gluggy stuff. Back round onto the wide open grass I heard cheers from Becky and the boys, I was beginning to drop, feeling tired, every step felt effortful.

I got a grip literally and pushed on, catching up a local club runner keeping him just in front of me. The mud had got worse after being churned up by runners, dogs and children making it even more fun. Up the second hill I over took the local club runner and we chatted a bit about it being more like a cross country. I knew he would get me on the downhill, and of course he did as I felt myself slip sliding across the mud just before the finish.

If you are clean you didn’t have enough fun – Pinterest

Once again I was beaten by a male species by 1 second. Boom I make a habit of this 1 second beating business by male species but hell I enjoyed that near on 23 minutes of mud infested fun. PB’s are so so last year who cares I was near on 2 minutes slower than last year, beaten by x2 under 16 year olds, not me I had fun and that’s what it is about. Parkrun my friends are not races they are timed 5km runs. For afters instead of hitting the cafe for a cuppa and a piece of cake we hit the roads for a 7 mile birthday run in around 1 hr and 17 minutes, deliciously fun to run with my best friend and birthday girl. Happy Birthday Becky.