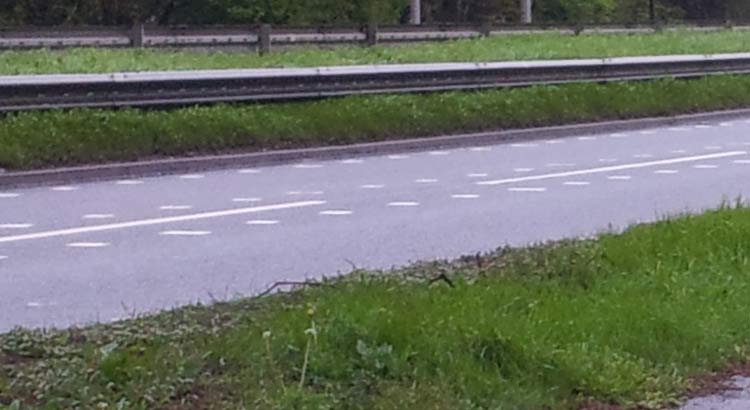 It’s mid-week which means its Wednesday which means I am stuck on a train going to some random office with work admist gazing out of dirty rain infested windows at the poor cows munching on the green grass in the pouring rain. Not only is it Wednesday but its April which means rain. Running rain.

So I thought I would have some fun with train tickets and book a single to the office from Sheffield and break up my journey on the way back via Derby to see my lovely friend Becky and partake in the Derby Mid Week races – a series of Winter 1 mile and 5km races midweek organised by Running with David. Of course logic would have it that it would be more expenisve to break up my journey on the way back, but no; two tickets breaking up the journey was £10 cheaper than the single. Crazy world. I save the business some money.

So a full afternoon of meetings on techy things where I did my best to express my geekyness admist my cup of geeky tea left me quite drained. All good; the meeting ended on time and I caught my train up to Derby. Work rest and run thats what makes life fun.

I always try to go the extra mile at work, but my boss always finds me and brings me back. – Author Unknown

It was raining when I got to Derby and I did give it second thoughts, the conversation in the car revolved around why we do this, why we run in the pouring rain, nothing for me could have been colder than the Percy Pud of 2011, and I keep reminding myself of that day. The world will end tomorrow (unless postponed by rain), and luckily it was raining.

I decided for the shear frustration of how I was feeling to run both the 1 mile and 5km races tonight, these events are ‘winter’ events which my friend has done previously. This was my first time, was that because I travelled on Virgin trains to get here? I was doing this just for fun, to enlighten my day and to run off the office stress.

Everyone who has run knows that its most important value is in removing tension and allowing a release from whatever other cares the day may bring. – Jimmy Carter

The 1 miler started at 7pm.My first ever 1 miler. My fasted mile time is probably incorporated into my 5km PB at 20.31 at a 6.36 minute mile pace. But no expectations as I am not fast at short distance work. So anything sub 7 would be great a 6.30 would be the cherry on the top.

The field for the 1 miler was a mix of club runners, kids and me. At the start I got entangled with the kids who started off far too fast, but soon over the bridge got into my own little world. The course is pretty flat with a slight uphill slope and a loop around a back road before ascending on a footpath and back on the pavement, avoiding the bollards with a downhilish slope to finish. The km markers were out for the 5km race some 20 minutes later.

Around the 4km mark (1/2 a mile ish in) something began to happen inside my tum tum and elsewhere in my body which gave the feeling I was about to explode into a big brown mess. This was unplesent in my body and precipitated up to my head but I carried on regardless at a pace that felt painfully slow. What did one raindrop say to the other raindrop? My plop is bigger than your plop.

I should have warmed up, having just jumped out of the car and moved my legs around in circles that does not constitute a warm up. However my mile pace came in at 6.23 which I am really happy with given the exploding Bowel syndrome throughout the race.

10 mintues later we were off again to run that same lap twice with an extension further down the road. After feeling unwell on the 1 miler I wasn’t sure what was going to happen here but I would give it what I had left in me.

At the same km mark as before the pooey bowel syndrome re-emerged its messy head, and I began to slow down, I didnt feel good, I wasn’t flying, I was struggling but I ran on. As the first mile was the same route as the 1 miler, a ‘Running with David’ helper shouted out a mile time of 6.53, 30 seconds slower than 10 minutes ago, ok this was not going well thats slower than my 10 km pace but carry on regardless even though tonight was not beautiful and I was not in the South.

Should I give up or should I just keep chasing pavements
Even if it leads nowhere?
Or would it be a waste even if I knew my place
Should I leave it there?

Only around 3km did I feel the run, I felt rhythm and balance, and ran onwards for the
following 2km having got into the run and beginning to enjoy it and feeling the energy rush through me. None really around me to pace was a bit disapointing but I ran on regardless. I felt that I had run the last 2km at a much faster pace although looking at my splits afterward each split was around 6.59 minute mile. Not my best run coming in at 21.43 but happy that I did it and attempted both races. The previous day I had run 10 miles at the club and 2 days previous to that I had run over a marathon (I don’t do marathons yet) so my legs maybe still had some tired milage in them? Maybe?

What was really good about this was that it was the first time I had done something like this; it meant I got some fast workouts in within a fantastic environment, rather than the dreaded track or intervals. I also saw Becky a few times around the course with a wave and a thumbs up, and then was able to watch her come in a few minutes afterwards. Brilliant! The field was very strong, a mix of abilities, club runners and non club runners, but as “Running with David” said at the begining, most people had wimped out because of the weather. I had a right good night I did and maybe I will do some more of these in winter – brrrr.