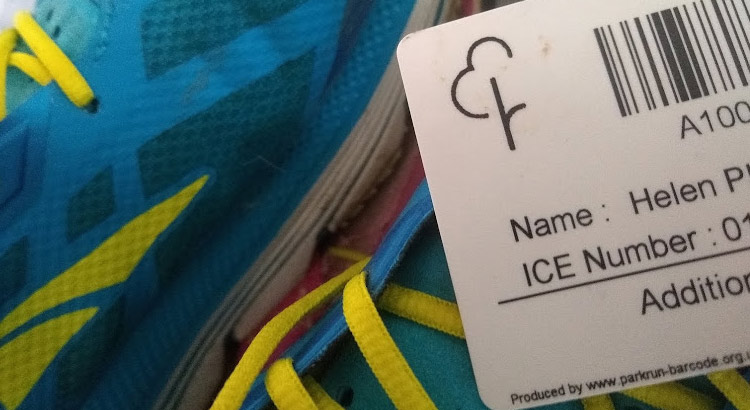 A trip to London for a Park Run? Nope they are not that good down there, no way! It was just an excuse to see one of the last events of the London 2012 Olympic games – the men’s marathon. However my rucksack contained more running gear than anything else as I ventured on the megabus for less than a price of beer in central London – yes really, megabus is really mega.

I wanted to run on the Saturday yet London is a far step away from the luxurious velvetosity of the Peak District. A scattering of parks, the nearest shut because of some dancing horses or something – dancing horses I ask? Why isn’t Ultra marathon an Olympic sport then?

So after studying various maps of London and trying to find at least a bit of green space I worked out that if I ran 3 miles up to Dulwich Village by 9am I could do the Dulwich Park ‘parkrun’ – 3.1 miles then run back which would make a lovely 9 miler through some ok areas of London. A runners’ sandwich.

So off I went with 1 page of the a-z tucked away in my sweaty back pocket. The sun was glaring out and it wasn’t even 9am. Arriving at Dulwich Park, the small green space could have fit into my little back garden – well almost. I found out that the park run was 3 laps of the park – 3 laps I tell you, 3 laps. Owch. This was London for you.

At 9.02am about 100 of us lined up – I found out later there were 99 of us. And we were off. I had positioned myself about 3 deep not really bothered about the time per se it was just an excuse to do a little run in a green space in London sandwiched between 2 slower runs. The route was all on wide park paths. Immediately the least experienced runners sped off at bolt speed whilst I plodded at postman pat speed somewhere in the middle of the pack. Within the first half a mile of slightly undulating upslope I began to slowly tick off all the speedy starters. One, two three, twenty, twenty one, twenty nine, thirty two, boom boom boom.

Round the park we went, the sun was getting on my nerves now, rather irritating, move over sun give us some room. I wasn’t feeling on top form, I felt a bit heavy but kept going nontheless. A younger girl was just in front of me and I overtook her on a slight downhill bend, she got annoyed and sped past me and settled right infront of my stride, ok young thing you don’t like an old VET like me overtaking you – please yourself I will get you on the next lap – and I did. Just tell your body to run come on run, run my body run.

Ding – 1 mile done, past the start / finish, and round again. The second lap and the younger girl was still just in front of me. I began to overtake a few people again, boom boom boom and down I went. At more or less the same spot as before I over took the younger girl and once again she overtook me with speed again – grow up girl.

[headline h=”1″]You have no control what the other guys goes. You only have control over what you do.[ sub_title] A J Kitt

Ding – lap three – Look I am getting dizzy now can we not just run round somewhere once? People were getting far too hot by now unfortantly no Mo Farah to get hot about, just the sun and no shade at all. This was a hot run. Half way around the last lap I overtook a club runner she passed on a “well done” to me as I ploughed on and overtook the younger girl to leave her for dusk. Round the bend the club runner got me and sped on with real speed and strength. I was really flagging by now, my legs felt tired my body felt like it weighed 12 stone, my run was heavy and clumsy and I had no energy to sprint to the upsloped uphill. Drained was the word really drained. Smelly drains too as I was sweating worse than a pig in its own s&*t.

Collapsing in a big heap on the grass I was grateful that I had left a bottle of water at the start / finish which I downed before setting off for my 3 mile journey back through the streets of London.

I was actually quite pleased with my results when they came through. 33rd out of 99 runners, 3rd female, 1st in age group (probably only one in my age group?) and a time just 7 seconds out of 21 minutes. That’s ok considering I don’t do speed work, I have been ultra-resting after ultra-running and my 3rd best time ever even if it is a long way from my PB time.

And the following day I got to watch the 2012 Men’s Olympic Marathon all for free even if they were running twice as fast as me for nearly x10 the distance. Oh such shame I have.

me at the Park Run