Haworth Hobble is one of those events I’d wanted to kind of do but never got round to it due to being on a Saturday and well that I am picky. But at £15 a shot for (the whiskey at Mankinholes) 32 miles with 5000ft ish of climb – it’s one that you won’t need an overdraft for.

It was one of the last races to take place before the COVID-19 lockdown. I’d been around the route with friend Jen Scotney a few weeks before. It took us 10 hours but that did including wading through all the floods – knee height ‘streams’ boggy trails and mini rivers where paths once had been. We finished with head torches – cold but refreshed. I didn’t see after this how I would run it much faster.

However, on race day the ground had dried out a bit more and was much more runnable. I’d taken all my nutrition due to the COVID-19 ‘not quite lockdown yet’ type of vague situation.

I got overtaken, and I got overtaken again, and again and again. I zoned in on my running, relaxed. I wasn’t here to win it or anything so it didn’t matter, I just wanted to get my ‘race’ or ‘event’ mojo back as I’ve been out of the race mode for a while with very little motivating me to sign on the dotted line. For this for £15 with a nice meal at the end, it didn’t burn too much of a hole in my old long running tights.

After a little tarmac, the route soon turns onto the bleak moors and joins up with the Pennine Way. By mile 3 or 4 in people were slowing down as I accelerated up the flagstoned ‘Pennine Way’ overtaking those that went out a bit too fast at the beginning. I saw and passed the lovely (and somewhat well known) Karen Nash, a well know highly represented figure in the fell ultra running community. I have full admiration for this late 50’s character.

Down to 2 reservoirs, here there were two route choices – one followed the official ‘Pennine Way’, the other went over the viaduct and round onto the road. There was hardly anything in both routes, one was more tarmac one was more trail. I chose the trail route along with a few others. Enough tarmac for my liking.

The weather was being kind as we headed up towards the next reservoir and round and up across more moorland on single tracks. Around mile 8 or 9 a lovely local female runner was splashing about in the puddles for the strategically placed photographer. I laughed at her great enthusiasm whereas I just gave a shy smile to the camera. We said hi as I passed her on the hill and I think she chased me down the other side, but I wasn’t bothered, I wasn’t here for the competition. I was running freely and mostly things in my body were behaving.

Running; the humans body most raw form of freedom

I say most things were behaving. I’d got some new fuel and the taste of it wasn’t going down too well. I don’t want to put down the product as some people swear by it but the tropical type flavour was instantly giving me stomach issues. Even now I am still working out the best nutrition balance for me, after suffering from some severe issues over the past couple of years. Being a big fan of Tailwind previously, I’d left that at home today, in order to experiment. I know, I know ‘don’t experiment on race day’ but if you are not competing then race day (let’s call them ‘event day’) are a great chance to ‘experiment’. Why? Because you are often running slightly faster than in normal training runs, if something ‘bad’ happens you learn to deal with it within ‘event conditions. I wouldn’t advocate this if it is an ‘A’ race but for a plod around a cheap as chips fell race I found it a good way to work out if these ‘new’ things worked for me.

Back to the run, the checkpoints were stocked with a variety of biscuits at one, and even soup at another but I ran passed and only collected water on my travels. I was feeling substantially agile, even on the descents, I felt like I was ‘dancing’.

It certainly helped having done the route previously, just so I could enjoy the running and not worry too much about the nav. The race was a non GPX fell race, so if you wanted to use a GPX you would have to declare yourself as ‘non-competitive’. Of course, I had the paper map and written descriptions with me as part of the compulsory kit anyway.

It started getting quite warm. I was in longs but at one point I rolled up my base layer and exposed my arms. Making my way across some fields into the next checkpoint at Mankinholes. Mankinholes was serving shots of whisky but I declined and just filled my water bottles up.

Stoodly Pike was basking in all its glory. It is 121 feet high and requires a fantastic scramble up a 1300ft hill. The race didn’t require you to climb to the top of the building a la our trip a month previous where we nearly got blown off! Instead, the route rejoined the Pennine Way again, a good 3-mile descent down to Hebden.

There’s something so universal about that sensation, the way running unites our two most primal impulses: fear and pleasure. We run when we’re scared, we run when we’re ecstatic, we run away from our problems and run around for a good time. – Christopher McDougall

I began to feel lethargic and heavy, had the climb up to Stoodly Pike made me sluggish? I got some energy bar inside me and carefully picked my way down the path. I was just crossing onto some not so boggy fell-like ground when two girls shouted ‘well done’ to me, then ‘you’re Jen’s friend, Helen?’ I was like ‘huh?’ ‘yeah, I shouted’ slightly embarrassed I’d been recognised. They wished me good luck again and I went on my way. That had given me a boost and I started dancing again down the woody ascents to Hebden.

Sometimes if you are feeling a bit rubbish there is always someone feeling worse. Just before the very steep descent into Hebden a guy was walking, I walked past him asking if he was ok, he admitted he’d gone out too fast and was keen to get to Hebden to DNF. I felt for him, we were only at mile 20 and I’d gone through my little dark patch and was now ready for the sharp fast descent into the town.

Of course with this route, what goes down has to go back up again. And up and up and up to the small village of Hepstonstall. This particular section was tarmac. I power walked up, overtaking a few guys on the way. I was feeling the love again and was ready to run down the other side; a narrow rocky and fun single track, to the checkpoint at Hardcastle Crags.

An undulating climb on wide rolling track with stunning views of the moorlands on both sides was one of those special zen out moments. The enjoyable plod of my feet on the hard-packed ground, the variety of terrain, and the glittering countryside basking in the afternoon sun. The last section was an arduous climb to ‘Top O’t Stairs’ an aptly named area at the top of the climb and then descended back onto a stony track. On the downhill, a photographer pointed his beady camera towards me, click click click. I gave a smile as he said, ‘good luck, well done, 2nd Female’. I was like ‘whatttttt???’ Seriously?? I quickly dusted down my ploddy head and suddenly put on a determined pace. My body had gone from Ultra mode for 30 miles into a more ultra tempo pace to the finish. I overtook quite a few guys on the last road climb towards ‘Penistone Hill’ Country Park. This is a mass of pathways, and during my run with Jen I got lost in the dark up here (as she headed back to the car so I could finish off the route). I wasn’t to make the same mistake this time and was focused on the dusty trails as my little legs got faster and faster. I felt like I was being chased, by who I don’t know but my mind was set on that finish line.

Nothing you wear is more important than your smile. – Connie Stevens

I eventually got to the church in Haworth and followed the road down, a guy was chasing me that I had just overtaken in the country park. I was so focused on the finish at the local school that I missed the little alleyway that led across the car park of a medical centre. Instead, I went straight on, but it was only a few 100 more metres. As I popped out a bit higher than expected the other guy popped out of the car park at the medical centre. Doh! Kindly I think he let me go ahead to the finish desk.

You won’t get any jiggling clatter and clamber, no tee’s or medals, plastic bags (yey) or useless other ‘goodie bag gifts’ All you want for £15 is a free cuppa tea or three, and a good hearty bit of food, chunky bread and a pasta type stew to refuel a 32 mile run.

I’d come in 35th out of 240 runners in a time of 5 hrs and 25 mins. Emma Hopkinson a very well known runner in the local area (and beyond) was near on half an hour ahead of me, and even by the looks of her she had that dominance of a really strong fell runner. Prizes for these sorts of events are bottles of wine. I got called up as 2nd Female, First Female V40 and took my choice of bottle, sheepishly and forgivingly wondering whether I deserved it. Then someone came up to me and bluntly asked me how I got ‘infront of…’ (points to someone across the room). I must admit I was taken back a bit. He then followed on to ask me if I had taken a short cut. I am not sure where you can cut the route short anyway, why would anyone on a low key fell race want to take a short cut anyway? it’s not about winning it’s about the journey, anyway. I must admit I was rather upset to think someone would accuse me of such a thing. Apparently ‘she’ was ahead of me, but apparently a few minutes later she wasn’t and I got an apology mistaking me for someone else. I left the room feeling deflated and sad. The spirit of the friendly fell community felt like it had been thrown into my face like a soggy cow pat. I had to let it go, and know perfectly well that I completed the route with my own legs every 32 miles of it, every bit of climb and although it’s not on Strava because I don’t do Strava, it did happen and I had a fantastic time. A brilliant little event, one of the last in 2020 maybe?

Don’t hide behind what you feel…feel it, love it, run it 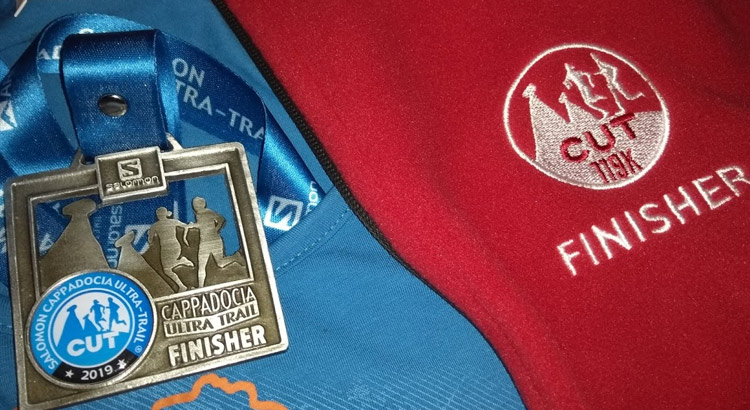