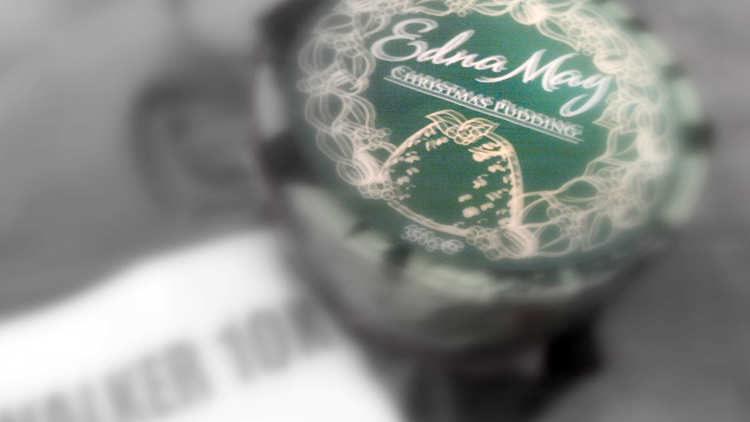 Too early for Christmas, baa humbug, Heanor was the location for the first Christmas pudding race of the year. Feeling cold? Well what do you expect in shorts and t-shirt and 4 degrees british autumn weather? After my previous flat race of over 46 minutes I had no real expectations for this race apart from a Christmas pudding at the end and practice for the Sheffield Percy Pud in a few weeks time.

Numbers had to be picked up on the day, it was not chipped, shuffling about in the waiting line for the gun to go off was a little hap hazardous unexpectedly it fired and everyone was away.

An odd 2km loop around an industrial estate made this more a guided tour of factories and concrete hell than anything nice and pretty, however after 2km runners hit the main road around Heanor, an up hill and a down hill and an up hill and a down hill and a few cars thrown in for good measure. Road or pavement? Pavement or road? Or just both? Just both. Still thinking of that pudding at the end I was not going to run out of steam. I felt quite strong due to the undulation keeping up a good speed throughout.

Running hills breaks up your rhythm and forces your muscles to adapt to new stresses. The result? You become stronger.

After around 5km on road we entered the park, a nice variation to concrete as our feet faced the mud, puddles and tracks of Shipley Country Park. No water at 5km – typically I could have done with a water stop (or grab) but surprisingly it turned up at 7km – the organisers must have found some running water somewhere.

After a mouthful of water I felt stronger and paced on. Heanor heard there was a hill around the 8km mark so I ploughed on (missing the field) at what I thought was a comfortable pace, even over taking some stropping 6ft 2in men (exactly as I measured them along the way – tape-ring measure in the back pocket) up those little hills and then it was downhill from there on and I even recognised part of the route from the Heanor 5 in the summer. So I hit the ground running on the last 1km not really having much idea of time as my phone application had dropped out way back at the 2km mark – it was just not fit enough to sustain a 10km. More training needed for my phone.

Back onto park paths “go lady not far to go” I hear one of the stewards shout, 400m but there was a big hill in the way, a big steep hill on muddy path, blocking my view of the finish, yet somehow my brain went into track mode, this hill is flat and there is a 6ft 3in guy next to me and I am going to catch him up and race him to the finish line, and I am going to, I am, I am going to.

Learn to run when feeling the pain: then push harder

And I did, I crossed the finish line with a 5metre sprint on the flat at exactly the same time as the big guy, I didn’t see the clock so had no idea of time and unfortunately they didn’t have me down on the immediate timed print outs. Where was I? How had I done? – I would have to wait 24 hours before I found out that I had done a PB. I had waited 11 months and 2 weeks and smashed my previous PB route by 14 seconds – what went right? No pains, no stitch, no regurgitation of breakfast, no broken bones, no real excruciating knee pain, just a twinge, I can cope with a twinge. I have broken the 45 minute barrier for the first time this year and the second time ever, and so the smile spreads across my face like my favorite melted chocolate. This is why I run.

Believe you can do it. Think no other way but “Yes you can.” The human body is capable of considerably more physical endurance than most of us realise.

All in the name of a big green Christmas pudding; Who made this Christmas pudding? Our chef. He’s a little green man who lives in a toadstool. What did he use to make it? Elf-raising flour, of course.