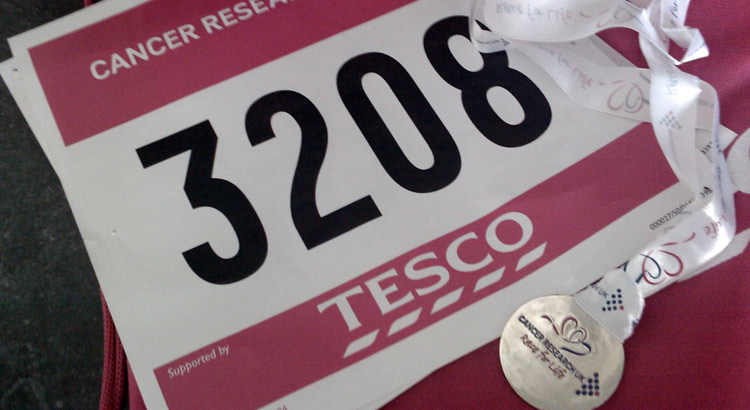 This was the second Race for life at Sheffield Don Valley Stadium I had taken part in so I knew the route, and knew what to expect. Two of us were running this special event. We managed to squeeze in relatively near the front to avoid some of the walking crowds. The route took in the Don Valley Bowl over the canal and round the back of old industrial Sheffield. Not the most picturesque of routes but worth it to run back into Don Valley Stadium.

A couple of hills managed to catch a few people out. I found myself running alone for most of the race – a shame in a way as there was no one to push me. The final 1km was always the hardest on this sort of race as the stadium comes in sight yet the route takes the runners all the way around the back of the stadium before finishing to a roaring crowd on the track.