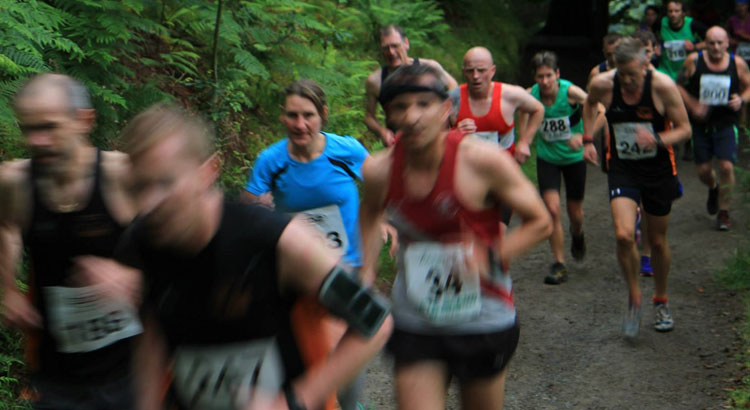 A trip to the lakes was not supposed to end with a broken leg. Crack.

So take a picturesque camp-site nestled a couple of miles away from Keswick in the Lake District just 5 days after giving up my desk job to pursue other more active things.  Mix it up with one runner and a midweek fell race for £6. Now I know what you are thinking, fell race and broken leg must mean that said runner ‘fell’ and broke her leg on the felly fell of the fell race. Right? Wrong.

7pm in Keswick runners were warming up on the fields for a slightly delayed ‘Round Latrigg’ Fell Race. Whilst I was up in the area for a spot of walking & what I hoped would be running up some mountains I decided to join the plethora of runners for this 5.5 mile race,  which I had been told was more trail than fell. I would be ok, right? Wrong.

7.10pm in Keswick and we were off. I placed myself mid pack assuming that the local guys would be experts at the hills up here. However I soon found myself overtaking many, edging forward as I put one leg in-front of the other. I had been experiencing an ‘icky’ leg for a couple of weeks but it was ‘OK’ to run on, so my idea was to take this ‘race’ steady, i.e. not race it flat out but give it what I could.

The path from Keswick suddenly rose upwards as surrounding runners slowed down. I was in my happy place gliding past a-many enjoying the summers’ evening drizzle. It was a warm evening and I felt quite good.

A hill is just another opportunity to leave your competition behind

The stoney path meandered around the hillside, some 800ft of climb in just this little bit up to the top of Latrigg. Here I was in my first proper race in the Lakes and loving it. I was chasing a couple of other girls who I knew would probably get me on the downhill section. What goes up comes straight back down in the Lakes.

Once at the top I was still feeling remarkably good and running comfortably. A slightly muddy section at the top gave the new Hoka Speedgoats a run for their money. With their vibrant soles and more robust lungs they really did do the job. Some parts were a bit slippy too, the Speedgoats held their own as I pounded on through the muddy bits to reach the downhill section.

I guess its all downhill from here, right?

As predicated the girls I had overtaken on the uphill came hurtling past me on the more field and fell like terrain. I still didn’t fall. Kudos to the Speedgoats. Then I found myself floating down effortlessly, overtaking one or two of them. I recognised the route from the walk that we had done in May up Skiddaw so knew what to expect for the forthcoming miles left. The route descended sharply down leading to a pathway and then a narrow tarmac road. A couple of guys came past me whilst I floated down but I was happy in keeping where I was and enjoying the race.

Onto the old disused railway track – some 2.5 miles left of very flat running to the finish. I was breathless as another girl overtook me with ease. I was beginning to loose my breathing rhythm and finding it difficult to keep pace on the flat. Flat is always my downer.

A run does not have to be perfect to be wonderful

I continued to breath heavily as I focused on pushing through the flat pathway splashing through some puddles from the earlier afternoon rain. Although the railway line is deemed as flat there are some walkways that have slight inclines and these slight inclines really did bite through the legs. I could feel myself slow as the group in-front of me seemed to get faster and faster. I was slowly seeping energy out of my Speedgoats.

I continued to run, up the board-walks and round under the main road. I wasn’t far off now, it must be just a tad more than half a mile. That was all, and then snap crackle pop like a bowl of rice crispies. I felt an enormous pain in my left leg as a wave of lightening imploded up its lateral side, an agonising sensation. Something had just given way. I hobbled, and hobbled more and hobbled a wee bit more as I watched runners galore  pass me. All friendly and caring, asking me one by one if I was OK and that there was ‘not far to go’. I replied with gritted teeth that I was ‘OK’, knowing I was so near yet so far away to hobble. The end was in sight as the sports centre came into view and then it was just down the road back through the park to the ‘finish’. I had given up running but manoeuvred my legs to a hobble-like-walk, cringing in agony. The kind marshals asked at each corner me how I was, ‘determined to finish’ I replied knowing very little of the damage I had really done to my leg.

I finished in just under 44 minutes, hobbling into the finish gutted that this could have been a really strong race for me if I had not had to walk that last half a mile.

Keswick Minor Injuries Unit kindly x-rayed the leg and told me the damage – a ‘clear’ broken fibula at the top near to the knee. They backcasted it up, handed over some crutches, allowed me to rest and sulk, made an appointment for me at the Sheffield Hospital the following day then sent me on my way. The following day back in Sheffield the cast was removed as it was doing very little for the broken fibula. Instead they gave me a boot and told me it was an ‘odd running injury’. Normally running injuries are lower down I was told, and ‘overuse’ injuries tend to be stress fractures rather than full on breaks I was wisely informed. Doctor was a little baffled at the ‘overuse’ injury, given I hadn’t fallen. I informed the doctor that I had been experiencing shin splints for the past few months which had more or less disappeared, but had been having issues with swollen calf’s due to liquid build up from being sat at a desk day in day out. Said doctor was kind enough to reassure me that the boot was the best measure for I would be able to move about, shower and even perhaps go swimming in a few weeks time which would strengthen the bone and help to prevent too much loss of calcium within the bone itself.  I was as happy as I could be with a broken leg. He was reassuring.

And to think that I was supposed to be running CCC (Courmayeur Champex Chamonix) in the Alps this coming week. At least I got a refund for that a couple of months ago thanks to my shin splints. In hindsight probably a good thing?  I have a long long long way to go to even begin to think about dreaming of the mountains of Chamonix again. I won’t wallow in my own self-pity, I only have my self to blame. So what, it’s not been a great year of running for me this year.  Live and learn, we all have good years and we all have bad years. This could have been much worse, much much worse. On reflection, I look back at the most brilliant time I had last year, on my way to Anglesey for the Ring O’Fire Ultramarathon for which I completed successfully uninjured and very very happy.  That alongside some other fantastic achievements from last year whizz about in my head, giving me faith that I have a love for running,  I have a dream for running stronger, running further, running all the miles, and one day my time will come again. At the moment I need some time out to rest and look after myself to ensure that time will once again come along and I will be back with ‘runvenge’.