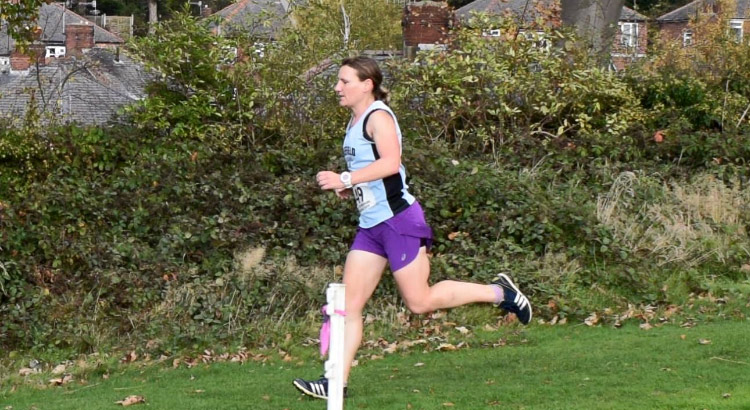 It seemed odd that the first cross country was only 15 minutes from home in a random park in the middle of Sheffield, Longley Park. The only other time I had run here was on a club run or two when I used to run with the club on a Tuesday night, so I was confused to why there would be a cross country here. Se la vie. Why was I running just over 3 miles on a Sunday when in reality I would rather be dancing on rocks and mud hopping in the Peaks? Maybe because I needed something different. I wanted to feel part of a team, a club, and the running community. I admit I miss the running club now I work silly random hours in the week, but these silly random hours also allow me to do my dancing in the peaks runs in the week, so freeing up time to step outside my comfort zone and have a go at something involving wearing my club vest and being with others. Change is good, the challenge is good, and I am always challenged on cross countries even if they are too fast for me.

Wake up and run

I arrived in plenty of time, with a bit of flapjack in hand. After picking my number up from Mike and having a chat with some of the other early comers, a few of us went for a little nosy at the course aka warm-up. Feeling exhausted even doing the warm-up I wondered how I was going to ‘race’ 3 something miles, possibly the first ‘fast’ * race in donkey’s years.

So it began, girls and older boys lined up, a fast start as always but a slow one for me as always. The start was nice and wide with no congestion to start off which suits me as it means I can hang around a bit before trying to outdo my max heart rate or fail to breathe. Not that I ever get to that stage as my body never knows how to run fast and I don’t even know or care about my max heart rate. My body will tell me when it had enough.  I couldn’t think of an excuse so I just had to run.

A slight slope got quite a few people to start off with then through a mini wood area for all of about 5 seconds where there was a bit of congestion, then back down and up and around the park on a nice wide ‘course’. It was easy to pick people off on the course. We had 2 large laps and one small lap. The first lap felt comfortable, up and down and round and round, I was quite enjoying it, picking people off moving through the pack smoothly and almost effortlessly. Not sure where it all came from given I’d probably still got Ultra legs from the Limestone Way Ultra 2 weeks ago. Oh go on get at least one excuse in.

The second lap was much the same, picking off fewer people but no one overtook me until I got to the start/finish hill on the second lap where someone got me. I was mighty disappointed I couldn’t get them until later that was.

Over taken by a hill

The third lap I would call a mini lap as a treat, a bit like having a Milkyway out of a celebration tub, smaller, a bit disappointing and leaving you wanting more. It cut off half a big lap with a nice rolling fall down into the bottom of the park,  I quite enjoyed that.  I still don’t understand why us females have to run fewer miles than the men. Come on cross country – when do you get a road race where females only run 2/3rds of the course that the men do. Or even more argumentative can you imagine an Ultra where females would only run 2/3rds of the course because they are not ‘strong enough’ or whatever the excuse is.

Enough of the winging (and blog bragging) and get running. A few of us were in a nice little pack working together pacing each other back to the finish. I just didn’t have enough strength in my legs to overtake those at the front of the pack we were all working in. Once again my non-existent sprint finish let me down. Give me a couple more laps and I’d have got into my pace.

Overall a pleasing first cross country for donkey’s years, really pleased with how I felt, and the general ‘run of the course.’ I went away happy as a runner pigging their face with cake.