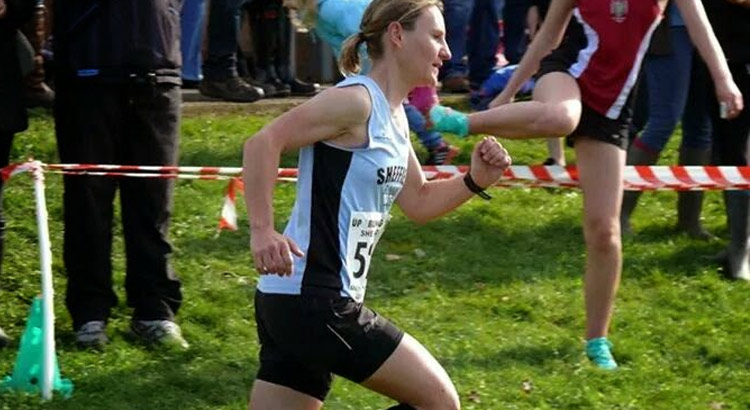 We’re all fawned of running right? So what better way to spend a sunny Sunday morning than at Wentworth Castle in Barnsley to run around the grounds a few times and of course after 3 laps of the course to eat cake.

The thing about these events is that they are short and sweet you have no ideer what is going to happen, no ideer at all.

The ladies race started bang on 12 noon and the men’s was due to start at 12.30 just enough time to get around the 4 mile course then without being lapped by the gents?

Make a run for it.

And we were off before we could stand about getting cold. The first section of this course is downhill on a grassy banking enough to get some speed up straight away. In usual cross country style many shot off like a herd of deer at gunshot.

I took a wide berth to try and avoid the crowds, soon to find my own comfortable space. A few club members were in front of me at this point, Helen, Deb, Sue, Clare, Carolyn and Deb’s almost at the side of me. I happily took the first little slant up and powered through the rather swampy section supporting the best bargain spikes in the world.

Round the woods I went using the spikes to their advantage feeling the corners much more steadily than with trail or fell shoes. I quite like these spikes – foul play to me in a previous life.

Onto a flat section just with a little mud thrown in for muddy measure. In-front of me was Claire recovering from her Marathon only a few weeks before taking it easy. I enjoyed the first push up the hill with cheers from club coach Dave and a few of the guy waiting patiently for their run tiptoeing past Claire to reach the top and trot through the second lap.

This was a three lap course and mentally quite brain taxing although the course was a good one, a few hills, some real mud, nice woodland and some breathers here and there. I was ready to hunt down the next person, and the next and the next.

Back through the muddy section besplatted my friends besplatted and round I went again. Sue was well in-front of me making good progress through the field. Back up the hill for a second time I scrambled. Dave and the lads were still there cheering me on.

I was feeling the tension in my legs as I approached the ‘start’ area for my final lap. Down the grassy slope – I drove my legs as much as they would take me but by now feeling drained. I had better buck up and get on with it if I wanted to finish this thing.

I passed another girl ‘well it’s been nice stalking with you’ and dug in deep to keep my position. I just needed to run fur a little while longer and I would nearly be there, caked in mud there would be cake at the end too.

Down at the bottom of the course I tried to keep up my pace chasing the girl in-front of me but she was too far in front, I was very much on my own, running up the hill chasing those on their 2nd lap giving fellow club member Katie the thumbs up to keep going strong. At the top the lads were still cheering us on rather than getting read for their run, how strange I thought as I tried to put in a gallop to the finish regardless of being hunted down by others.

The boys were not being lazy by cheering us on, we found out that their race had been cancelled due to the deer running riot on the course. Deerly disappointed for not being able to run up the hill 4 5 or 6 times the boys decided instead to plough through the deerlicious cake instead. Club coach Dave threatened the guys will a hill session or two, the more brave hearted ran home from Barnsley to Sheffield, and the girls were happy they got a run in.

And we all lived happily ever after.