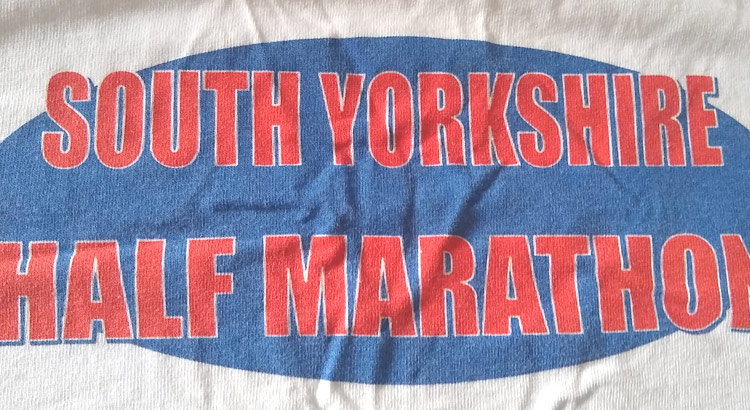 What a strange and spontaneous day today. How to go from a 5k to a 21k race in the space of 15 minutes.

So I was all geared up for a 5km road relay race as part of the Northern Relay event in Catterick alongside 5 other Sheffield RC women for a 6 legged 5km relay. However at 8.12am this morning I happened to log onto computer and find out that there was a chance that we weren’t going due to a rather incomplete team. So here I was pasta in tummy from last night (although not needed for a 5k its just routine), banana in pocket, muesli digesting and 2 cups of tea, cat out and back in again, washing on line, and ready to go and try and smash a 22m 5km. So I was having none of that, I was ready to run, and run I would.

So what are you waiting for? Go out there and pound the pavement. THE INTERNET WILL BE HERE WHEN YOU GET BACK. Promise.

Due to this wonderful website, I keep abreast of all new technologies (yes that line is probably in my job description) and local races so knew the first “South Yorkshire Half Marathon” was taking place in Manvers Waterfront Boatclub organised by Barnsley Athletics Club and Manvers Tri Club – that’s Rotherham, Barnsley way for all Southerners. They don’t sell Henderson’s relish out there though.

Although it’s a different mindset to running 21km instead of 5km and my training plan said 5km I defied everything and took to the streets of South Yorkshire, I wasn’t the only one as two of us took part in this devious act of running 21km.

The gun went off and off we went, a nice start, gently up hill and round to the first mile marker – no you are not almost there, that’s another 12 miles to go you know. And its two laps you know. Slurp.

My brain was now adjusted to the 13 miles yet my phone had a conversation with me at 3 miles to tell me I had run it in 22.08 – now bear in mind I have never run a 5k race in under 22.30 before, so I knew this was too fast, slow down my legs, slow down. And I had already covered one hill. In sweat.

90% of running is half mental

At a corner, one guy told me to keep left and I kept right, so next time I must have L and R on my wrists to keep me checked in. And on I went through rural villages and countryside, a pleasant undulating route, round (and round).

Around the 6km mark I felt strong, by this time my phone had given up the ghost, look it was only geared up for a 5km run too though it lasted 4.65 miles instead. So I had no idea of time or concept of time at all. What time is it Mr Wolf? The support was quite good given the type of race it was, the stewards very friendly and cheering on my club vest. I am better known now as “Well done Sheffield”. Yes well done Sheffield. Like.

Second lap, I was beginning to feel it a little, taking on a little of my gel I strode on and overtook a couple of people on the next hill. Don’t stop – people are watching. My legs will forgive me eventually.

Even at 10 miles I felt strong and was at a stage where I was overtaking other club runners. Smile for the camera whilst you are at it. Cheese!

Though I wasn’t running at 100% as I was scared in my head of injury and have a half marathon coming up in three weeks time in sunny Scotland, so cautiously bounding around the route was good enough for me.

There was one girl in front of me and I managed to overtake her just before the 13 mile sign but she got me on the last 100 metres – the lesson to learn: work on that sprint at the end, girl.

No concept of time still yet I came in under 100, no I don’t mean I came in under 100 runners but came in at 99.25. A PB on a mad spontaneous run. And a big congratulations to Clare for running her first half marathon spontaneously in 1.36.30 and all the other Sheffield RC guys and girls. Woop.

RUNNING… Just you and the ground. Nothing fancy. No excuses