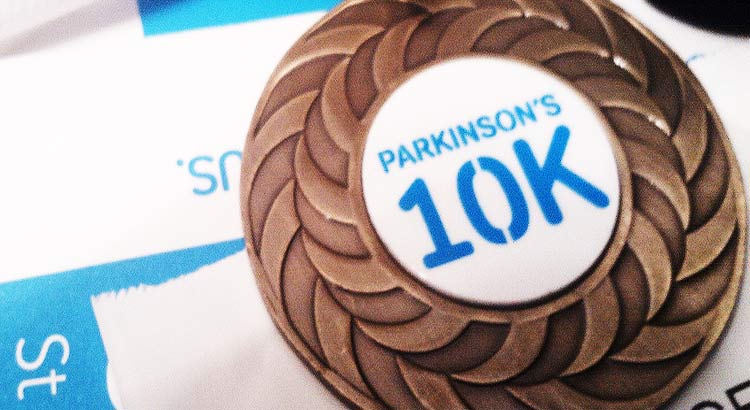 What a scary evening for many different reasons at The Spooky 10km at Nottingham’s National Water Centre. It was all supposed to be fun but spooky where 300 or so runners line up in either fancy dress or the technical illuminated long sleeved t-shirts and head torches all supplied courtesy of the race and run around a lake twice for 10km once for 5km. Great fun. Or not..

I had done this fun race a couple of years ago clocking in around 46 minutes, so I was hoping for something around 42-43 minutes this year although I have always accepted that my evening races are never as good as my morning races.

Arriving at the venue and meeting up with fellow best friend Becky, we supported our spooky technical t shirts and head torches like everyone else. Not a club vest in sight apart from one guy, Why? its a fun run stop being so pretentious and join in the fun. I really liked this as it felt such a great community spirit. Many people were dressed up, ghosts, haunted pumpkins, devils, ghouls, skeletons, spiders, witches, wizardards and poo. Keep reading..

We passed the portaloos on the way to the start and decided to take advantage of them. As they were clean and supplied with ample toilet roll I took further advantage of this luxury. Lets just say it wasn’t as clean when I left it. This was poo number one, it could be called Mexican Food Poo even though I hadn’t eaten any mexican food.

At the start we met up with fellow runner Dean and jumped about a bit to keep warm. Unfortantly the organisers kept us waiting in the freezing cold for longer than was necessary with a somewhat pathetic warmup. I couldn’t get warm despite having jogged around the little field bit a couple of times. I even supported my gloves which I rarely wear whilst racing. Crap joke time: Q. What do you get when you cross a vampire and a snowman? A. Frostbite..

And finally we were off. The first half mile I found myself running in the top 5 feeling strong and having the lead bike in sight despite it being dark. 1km done supported by a spooky ghost sign. A stream of head torches lit up the path lake as I took the first bend. An electrifying sight lightening up the world.

2km and I was still going strong in around 5th position, but running very much on my own, kinda spooky in its own way. I was enjoying the sight of all the runners on the other side of the lake, the swift movement of the head torches gliding round. This was certaintly different.

The 3km ghost sign approached, and as it did I stated getting cramps, crap cramps, oh no this sign was familiar to me after last weeks Dukeries Dusk to Dark run where I had to toilet stop twice.

Around 4km into the woods we went. I was in agony by this point and slowed right down. No darkness excuses just poo excuses.

Round to the water station I got called out as “first lady” but didn’t take water on as I felt sick. I ran up to the start / finish of lap one. The demon in my head told me to pull out now before it got worse, yet the even eviler demon told me to carry on. My eviler demon won, I had pulled out a 20.40 5km even with poo pains, that was ok, so I kept going.

But oh no the bowels were playing havock just after having crossed the half way point. I saw a little building positioned at the waterfront and dashed behind it and tried to do what I needed to do – very little. This was poo stop number one called Wish Poo:

You sit there all cramped up and fart a few times, but no poo.

Back to the run. Noo one had passed me yet. I ran on still feeling in pain, and wanting to go to the loo again yet evil demon told me to carry on.

You’re all done and about to stand up when you realize, there’s more to come

Back round the lake and onto the 7km mark. This is where a lovley girl passed me, telling me to keep it up. I expressed my painful thanks but told her with gritting teeth that I was suffering from poo pains. Immediatly after she was out of sight I left the path and went into the woods to do what I needed to do again, almost in tears. I am going to call this Weight Watchers Poo:

You poo so much you lose several pounds.

Time lost – does anyone give a crap?

Am I really the only person who has had to do this on a race? Really? A couple of people passed me as I made my way back to the path. Demons are a ghoul’s best friend.

At the 8km bridge mark the friendly marshalls shouted to keep going but at that point I was virtuallly walking over the bridge in so much pain. Why didn’t I just pull out or stop? Tell me why? Suddenly I had to go again so dashed under the bridge and off my bowels poured out again, faster than Usain Bolt. I name this poo Right now poo.

You’d better be within thirty seconds of a toilet. You burn rubber to get there and it usually gets its head out before you can get your pants down.

I was ready to get my first ever DNF but I didn’t want a DNF, why I didn’t want a DNF I do not know. I thought to stop and wait for Becky and Dean who were running around together but I was cold and shivering at this point and had to keep on going, a DNF would not happen, my evil demon stubbonness told me to carry on even though I felt like I was going backwards.

Back through the woods, I used my head torch to guide me slowly as 4 or 5 people over took me. I felt like such an inexperienced 10km runner, bombing completly near the end. Even with the finish in sight I could not put up a big spooky sprint. I felt slusggish and shaky as two more guys over took me. What spook lives in the “hundred acre wood? Winnie the Boo or Winnie the Poo?

I crossed the finish line in just over 44 painful poo minutes. The minute I had finished I took the goodie bag, banana and water and rushed to the toilet where I sat locked in a cubical for 10 / 15 minutes in misery, the pangs of pain shooting up my legs with insides exploding down the toilet. Siatica tonight I have renamed to pooatica.

Even a little kid asked his mummy what was taking so long, mummy replied that someone was getting changed, my insides were getting changed, short changed kiddo. I certaintly wasn’t going to name this poo Ghost Poo:

You know you’ve pooed. There’s poo on the toilet paper, but not in the toilet. Where is it?

Eventually I made my way out of the toilet and sat on the floor shivering until I could gather my body together and plod outside to see Becky and Dean looking rather worried.

After getting warm and feeling slightly better we walked slowly back to the car. But alas a final poo stop had to be marked on the course. I name this final poo the Alfresco Poo:

Everyone has had to go outdoors from time to time. This can be a rather pleasant experience really. The open air, the nature, and a good bush all contribute to the peaceful ambiance that our primitive forefathers must have enjoyed. What can screw up this harmonious interlude is a troop of runners or a patch of nettles.

My body decided to react to all this poo. Not only was I dehydrated, my insides had nothing left in them, my blood pressure and sugar levels were shockingly low as I frantically started shaking. 2 tshirts, a thick feather down gillet, a waterproof coat and a wooly jumper all wrapped up in a Bupa sliver foil blanket. That was me. Panic set in as my breathing got deeper. I took some tablets handed over to me by Dean not really taking in what they were, and tried to get water down me admist shaking. I was wishing I had bought that packet of jelly babies that had been staring at me at the supermarket earlier in the day. The race goodie bag consisdered of a little bag of harribos hand fed to me by Becky. I felt like a proper 2 year old, I couldnt even sip water. It certaintly dampened my spirits.

Eventually I stopped shaking after I had managed to eat a little bit of chocolate and sip water which my body gratefully received and despite the pounding headache I did manage to drive all the way home admist a speedometer that had broken. It wasn’t only my car speedometer that had broken that evening but I have leared a lot from tonights’ event and so valuable lessons learned:

My friends are amazing*

* A huge thank you to Becky and Dean for looking after me.

Everyone has to have bad races it makes the good ones feel good. Surely I am not the only one suffering from such poo issues? Has anyone else had this sort of experience? What are the solutions?