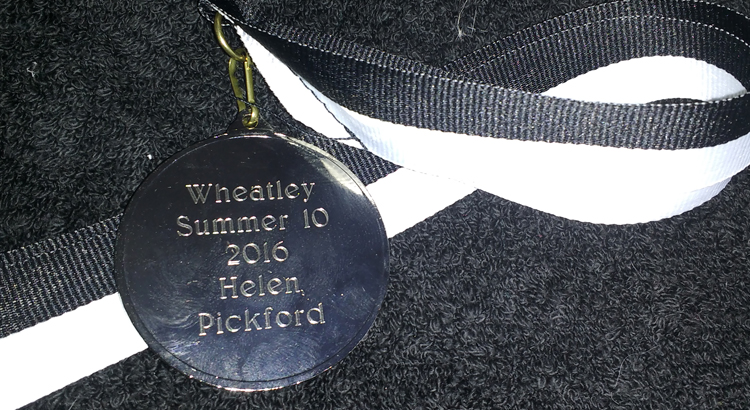 I was looking for one step up to my last event the Longshaw 10 so decided to keep the 10 in the picture and do one called the Wheatley 10 out near Retford. A silly choice for me given that I like hills and Retford area is flat as a pancake. But it was advertised as a scenic trail run so sounded quite nice for a change and low key too.

So off I went to flatland and wow it was flat! We all gathered in the little village hall for the briefing. Ronnie the RD explained a few things and promised we wouldn’t get lost as it was all marked out. Unfortunately the markings were not meant to be.

We were taken up to a field some 5 minutes away from the start, it was a single file queue from the start. I had positioned myself mid pack. A variety of runners some looked speedies some looked plodders – the perfect event, some even with dogs.

Every day is a good day when you run

The track-way was a bit of an out and back to the marshal and back round. An array of runners one way and another array of runners another. Then we were directed into another field – round the edge into the gutter of the field. My trainers were coaxed in mud already it felt like I had 10 tonne weights on them, clinging mud to the soles of the feet making the flat seem like it was a huge mountain. Clunk clunk clunk. Round the field we went.

Suddenly a marshal shouted we were going the wrong way and she was the back marker – how strange! We had followed the signs and the front runners. So a couple of us jumped the hedge to a lane and then proceeded down the lane that I think we may have just come up from. After about half a mile the front runners were coming back and told us not to go any further and that it was the wrong way. Everyone was lost! It was quite funny.

We all backtracked on ourselves and at the top of one field there was a gathering of runners probably most of the field of runners by now stood in a field being lost. One of the marshals mentioned a hill. Someone from Sheffield (not me) pipped out ‘how steep is the hill’ – funneee! Just as funnee as being lost on this event. I saw the funny side of it all but a few people weren’t too happy. I just treated it like a nice Sunday run at a slightly faster pace than I would run normally.

Eventually we found the hill but people were all over the place. The hill was more of a slope than a hill but hell I am from Sheffield what do I know about the hills in Lincolnshire?

I decided to carry on and finish the event whereas some of the front guys had quit the race. Whatever – its a run every step counts, I was quite enjoying myself here even though it was just round fields and round more fields and through a bit of woodland. There were three of us running in a little group still a bit confused which way to go as we went through another field that felt like the field before. I felt like I had not seen as many fields. Funneee.

Do I run? Absolutely Do I stop – sometimes

A checkpoint and directions to go round the edge of the field and return back to the checkpoint – confusing a little but hell lets just run and enjoy this. So round the field(s) we ran and back to the checkpoint. Just a mile to the finish down a nice little lane, 800m to go trying to run a bit faster, then 400m then the finish in sight just near to where we had started but not in a field. And through the taped funnel I went to clock around 12.4 miles – time Void!

I actually thought the whole affair was quite funneee. I felt sorry for RD Ronnie who had put a lot of effort into the race markings but one simple marking got lost and we all got lost. Or no one reccied the course and those behind the lead runners followed them. It’s one of those things, hell, on ultras who does the exact distance it specifies anyway? Really. What’s 2.4 miles between friends and fields?

A nice touch to the post race medals – with our names inscribed on the back of them. Cute.