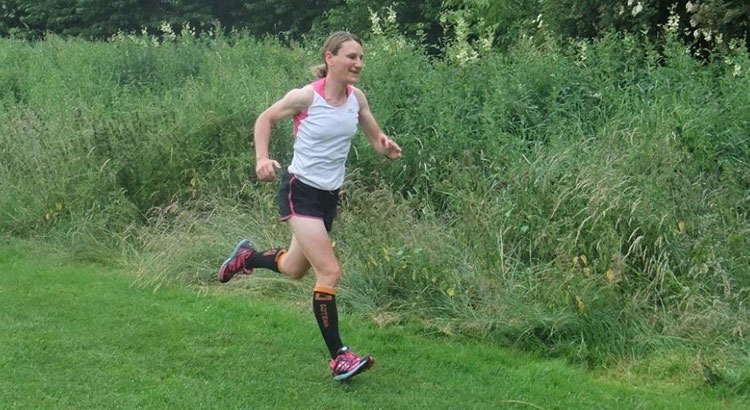 Back again lined up on a hot Saturday morning in Darley Abbey, two in a row, this is getting rather habitual, or would be if I made three in a row. What is going on? It was the second weekend of my swimming course so again it made sense to have a go at a ParkRun as well.

After problems with my calfs and feet swelling up the day before I used this as a typical runners excuse in my mind if I was going to under perform. I just didn’t tell anyone apart from my mind. In reality I was hoping to beat last weeks’ time of 21.44 by 15 seconds to bring me under 21.30 but I have no idea of pacing. I know where I went wrong the previous week, burning out around 2 miles in so I needed to set the pace much more comfortably for where I am at in my running at the moment. I still have a few niggles in the legs which are not settling as fast as I would have liked so am ‘wary’ of the sharp pain that penetrates up my shin, more so after running.

After saying hi to a couple of familiar faces, it was time for off. I was facing the big tree so it would be an idea to not run straight into the tree within the first 50 metres. Shuffling over to one side I raced off with the other 200 or so runners. There were apparently less here today due to Race for Life taking place the following day alongside a local Triathlon. Still 200 or so runners is a good depth for a field.

Within 500 metres I was puffing and panting and blowing out, I nearly quit, yes that little voice inside me was asking if I could do this today. The little voice got quieter and quieter and my legs got faster and faster. The sun was penetrating down I was chasing the shade as I took the first turning up onto the trail pathway and into the cool trees. Up the first hill – there was congestion, it seemed much more competitive in this section of the field than the previous week, with four or five of us trying to get through the bike barriers. As we climbed up the hill others around me were begining to suffer but as soon as I hit the downhill pathway they all came flying past me.

Back round to the start and I was feeling much more comfortable than the previous week. It felt slower but I refused to peek at my watch in case it was much slower. I pushed on and around the cricket field. I wanted to hold it together this time. Back round to the start for the final lap. A couple of guys past me on the grassy pathway, I didn’t have enough kick to chase them.

You are going to want to give up. Don’t

Back on the pathway the shade was a welcome breather. My road shoes had been a good choice this week as the ground was solid dry. Back up the hill I was chasing the boys, puffing and panting and grunting. I could not have gone any faster. I was doing my best. The path kind of levels out a little then drops down back to the start / finish area. Onto the grass for the final 0.2 miles, and about 5 guys came hurtling past me, why can I not run fast at the end of a race? I had nothing left in me as I took on the round tree and sprinted as fast as possible to the finish.

I came in at a time of 21.15, most happy with that, only 10 seconds off my course record broken a few years ago on the 2nd ever Darley Abbey Parkrun. I started to wonder if I could crack the sub 21 on this course – maybe I will give it a go whilst I am unable to run longer distances? Don’t say I am turning into a Parkrun addict?