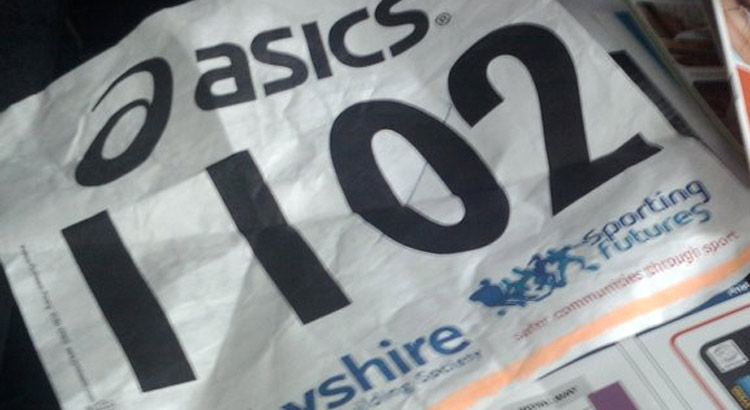 The race started just outside “Pride Park” home of Derby Football club. An interesting start as it took 1.30mins to cross the start line and another 3 hours to get to the 2km mark given I had been moshed up with the sub 60 runners. Two of us were running in the gutter – or kicking in the gutter and wishing I was lucky, as the song goes. Run run run? Even the rats were scuttling along faster than us at times. However remember respect runners in your wave, do not trample all over them, you are running as fast as yourself as they are to themselves – respect each and every runner achieving this goal of running 10km. Run to live, live to run.

There are those of us who are always about to live. We are waiting until things change, until there is more time, until we are less tired, until we get a promotion, until we settle down – until, until, until. It always seems as if there is some major event that must occur in our lives before we begin living. Live Now! – George Sheehan, M.D

Towards the town centre and round the shops on the cobbled streets, wave to Mr Matalan, Little Miss Boots, Greggs, Debs (Debenhams not my friends’ friend – hi Debbie!) and Dorothy (Perkins) as we raced around the shops. I really enjoyed this bit but still playing dodgem with many of the runners, how many people passed me so far, erm 3. Don’t count the people you pass or the people that pass you both are down right rude (total people that passed me en route: 6) I do apologise to the runner that I spat on, I wasn’t being rude but I do spit. Sorry runner that I spat on. It wasn’t even raining.

On to the park area, it got a bit narrow as the runners followed the path around the river, I was running on the grass minding the dog poo and the many runners that I was trying to overtake, “coming up on the inside”. Why are all these people following me? This was feeling good, I felt in flow although not putting in 100% I was running, and running past people and thinking and running.

At the 6km mark I could see Pride Park again but we had 4km to go yet to home. What a mental brain teaser if there ever was one, as we had to go around Egg, Costco and even Cress Sandwiched between Egg and Bread if there was such a building?

I was giving it about 85% I would say, gasping as usual but the route was flat and I wasn’t flat out, as I just can not do flat out on flat. Surrounded mainly by manly males, another girl shouted out at me “come on lets over take these men” “yeah” I shouted “lets do it, feels great” so off we sped for another 1km or so, then I got in stride and zoned out for the last 1km or so overtaking a few more runners. I Know I Run Like a Girl, Try to Keep Up!

My mom told me never to chase boys, so now I leave them in my dust.

And round the back of Pride Park and into the stadium I ran. By this time I was feeling it a bit and although managed a 100m sprint at the end 3 guys overtook me near the end – you know the types those that are really really good at sprinting – me no sprint. However I still managed to clock a time of 45.12.

And congratulations to Colin for a near 45 minute 10km, to Becky for being 8 seconds off a sub 60 (it was the congestion, must have been rush hour there) and to all the other runners that did well this morning.