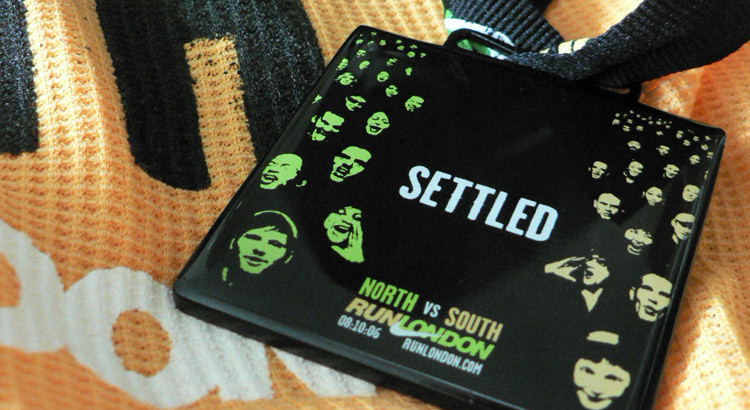 My first 10k ever took place in a sea of green and orange London runners as the “north v’s south” competition took place. This was London terms of north and south – north of the river and south of the river depending on your postcode, so for once I was a southerner. Counts were recorded for each runner and totaled to see whether north or south would win.

The run took place in Hyde Park and winded its way around the park and back on itself. It wasn’t the easiest of runs due to the number of people. The first 2km in particular were very slow but soon eased off as the joggers began to drop off. The last 1.5km was downhill until the grueling incline towards the finish line. I had no energy to sprint to the finish line, something I must improve on in the future, yet somehow I managed to get under 50 minutes even though I was aiming for a sub 60.