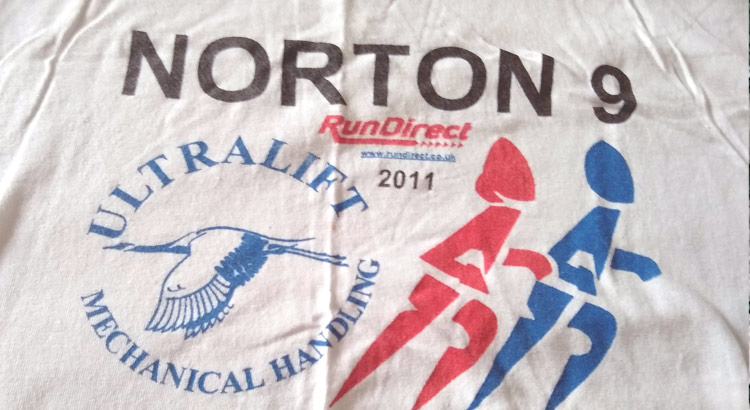 We run, not because we think it is doing us good, but because we enjoy it and cannot help ourselves. The more restricted our society and work become, the more necessary it will be to find some outlet for this craving for freedom. No one can say, ‘You must not run faster than this, or jump higher than that.’ The human spirit is indomitable – Roger Bannister

The picturesque route meandered around what can just be described as British countryside, smells of manure, signs of a dozen eggs for £1.80, families coming out of the quintessentially Yorkshire farm cottages.

This race even crossed boundaries as we must have started in West Yorkshire and a mile or so in ran across to South Yorkshire – so the sign told us.

The first mile was quite slow as I got lost amidst the runners and didn’t particularly take notice of the gun going off. I nearly went flying right at the beginning but got my grip and flew away to my own space with some other runners.

It was such a friendly race as one lovely vet told me to keep going even though I was only a third the way through, and a couple of others making lovely comments throughout.

A gorgeous hill around the 5-6 mile mark kept us all breathing just – it was one of those hills that looked worse than it was – actually and I kept pace at the top and actually overtook a couple of people – get me in the middle lane!

Be like a shoe and just do it – Nike

This was one of the few races where my mind set was so neutral, even if my shoe wasn’t. I felt good almost throughout, strong footing, strong mind, but without pain. It felt just right, it was running at 90% or 95% not 100% I would say until the last 1 mile. It felt good. Good is a good way to describe this run, enjoyably good.

“Well done Sheffield keep it up” shouted the lovely water station people as I took on water at the 7 mileish mark, and thanked them dearly – water is much appreciated and underrated when running 9 miles and when there was another hill in the running – oh yes. The last hill upon which I slipped into the slow lane as 3 runners including one female overtook me – I must master this last 1-2 mileness and pick up speed again. My breathing got heavier and I began my mantra – go go go – no I was not Lady Gaga, I was just me, just little me running away from everyone behind me, run run run.

One more mile and the cake is history.[sub_title]Unknown

The last mile seemed to appear out of nowhere and seemed downhillish through the village of Norton, I was speeding along but felt it was very tough and was longing for the finish. Little did I know that we were going to cover 200m or so of ground that we had already covered at the start up a little hill into a housing estate and that was worse than the 1km hill at 5 miles – I lost all energy yet as I saw the finish in a field I spurted on to overtake fellow man runner who had just been in front of me clocking a time of 1.05 something or other.