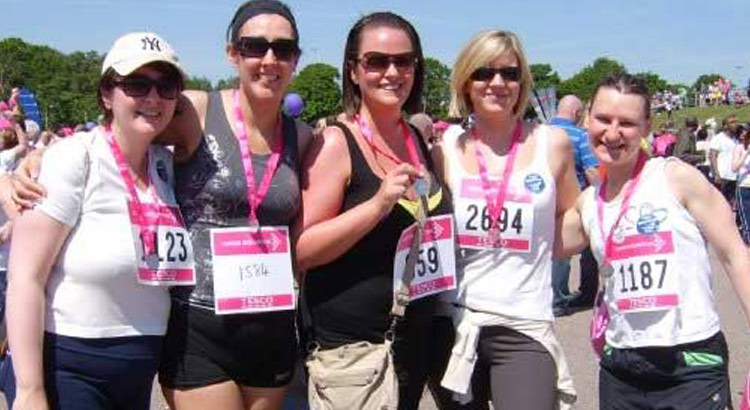 The NEC was buzzing with 1000’s of women dressed in pink for the Breast Cancer Race for Life in Birmingham. I was with a group of friends – 5 of us in total, some who were running, some jogging and some walking. A very emotional day for the group due to personal reasons. This was a hot day and as the run began I realise there was little shade.

You only get out what you put in – Guest Bob

The route was not the most picturesque around the NEC complex however the lakes made a nice change to the somewhat ugly exhibition buildings. The run was comfortable and I managed to speed up towards the end chasing another girl who beat me by around 5 seconds. The clock was wrong my watch was right as I came in at 23.40 (not 21.40 as the clock said). My friends meanwhile were still running, jogging and walking round – an achievement in their own right.

A great and emotional morning of pinkness for all followed a lovely buffet lunch laid on by my friends.