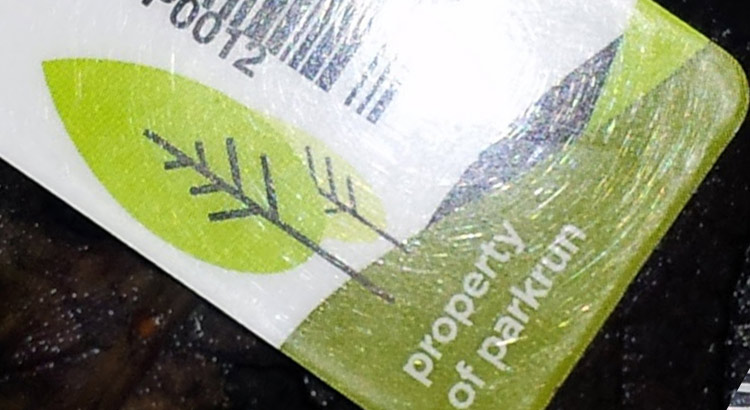 There is no castle in castle parkrun believe it or not, so that means we don’t run around a castle three times, instead we run

If you have built castles in the air, your work need not be lost; that is where they should be. Now put the foundations under them. – Henry David Thoreau

So it was time to try a different Parkman. Whilst the majority of PB chasers go to Hallam Parkrun in Endcliffe Park which represents a situation worse than Meadowhall two days before Christmas, a few of us go and hunt out something much more mellow and fun with hills. For all those PB chases hills are things that go up, but what goes up must come down, and what goes down must go up. It’s only a clock and its all relative. Much more enjoyable is Castle Parkrun, for only 40 or so people lined up at the start of this Parkrun and off we ran around the park.

I was with fellow club member Debs who immediately stormed ahead leaving me and my little legs to push on round at my own pace. The good thing about not ‘racing’ these Parkruns is that they are ‘fast’ runs but not all out and it means that you can watch people go off far too fast and catch them later.

First half lap I was breathing normally and just enjoying it. To say I couldn’t be bothered was the wrong attitude however I wasn’t yet willing to push it much further. The hill loomed and at first glance it didn’t look too bad but there was a cheeky further little incline at the top before meandering round back to the start where the organisers were shouting out the times. 7 minutes something that will do me fine, I was half expecting about 8 minutes.

Round I went again running almost on my own with one guy in front of me. Then someone came storming past me, someone very strong. I allowed them to continue and ran in my own little way having lost Debs years ago. Back up the hill it came much easier second time and I felt much stronger as I powered up it back to the start.

I was gaining on a lovely women (from Hallamshire I believe) and we ran together for half of the third lap. At the brow of a little slop I powered downhill and got in front of her thinking she may catch me up the hill but my legs did me proUd as I once again powered up the hill to give a finish of around 22.30. Very happy for having only come back to running 3 weeks previous.