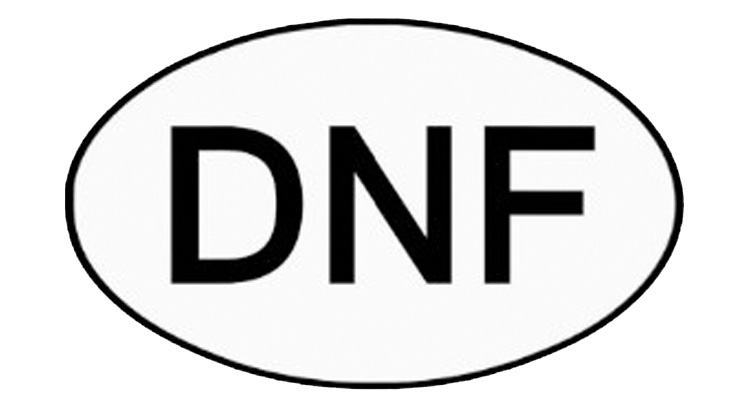 It’s taken me a while to reflect on the last of the South Yorkshire Cross Country race for it all went rather wrong, I was waiting for this moment, and others probably were too, the moment it all came tumbling down on me, the moment I felt like I had failed.

So here is the army of excuses coming at you. First of all I woke up at 4.30am with twinging stomach cramps (the girly thing). This was fine they were just twinging. Then I was unable to get to sleep again so I had endless cups of tea until the morning light had woken. I began to feel twitchy, bloated and rather subdued, not ready for this last race at all.

In addition to feeling blurgh, my head was not in the right place to start with, knowing that I would be without a job at the end of the year, I had not been in the best of places.

Life is full of screw-ups. You’re supposed to fail sometimes. It’s a required part of the human existence. – Sarah Dessen, Along for the Ride

The final excuse was that every other cross country race I have done had followed a ‘big’ race the week before which was supposed to hinder me, my expectations were minimal and it was expected I would probably bomb out, but actually these long events only made me stronger. So first off was Spinkhill preceded by the Redbull Steeplechase 21 miler in the Peak Distrct, 7 days before. Then came Wentworth the week after Round Rotherham 50, and the third race at Campsall followed through from the Druids Challenge, an 84 mile Ultra over 3 days. So theory should have it that I would be ‘less tired’ on this last cross country for nothing really happened the week before apart from a little 20 mile Sunday run in the Peak District.

But it goes to show that a few bodily malfunctions, and mental capability can defeat you even before you have started. I was miserable and defeated even before the start line.

Once you’re beat mentally, you might was well not even go to the starting line. – Todd Williams

The last race took place at ‘Winter Hill’ – Kimberworth. It was a chilly Sunday morning and the boys were on first as they took to the field and we watched them take the wrong route to start with, round they went fighting with ‘Winter Hill’ and the chill of the mornings’ winter temperatures.

And then we were off, I shot off, probably too fast, not thinking. Normally I am a slow starter but something got hold of me, anger, frustration, irrationally fighting the ground.

I was impatient, furyfied and annoyed with the world as I ran up the first hill. My breathing was all out of sync, as I reached the top and tried to level it out on the flatter sections.

Up into another field I followed the runners, fellow club runner Claire was just a couple of runners in front of me as I clambered the hill, even at this stage a couple of girls were walking the hill. I was still running but felt like I was going ‘downhill’ the wrong way.

Into the next ‘field’ we ran. It was then I felt the aches blow up in my tum tum, a stabbing pain I knew far too well. I slowed my pace as the pain took control of my body. I tried to bite through it as I hit the top of the hill and ran down with further anger and infuriation.

At the bottom of the hill were the guys who by now had well finished and some eating cake some cheering us on. ‘Go Helen, pretend its a 100 miler or something’ shouted John. I must have already looked like I was suffering, clutching my stomach and feeling the shooting pain take control of my body even more.

No, cramps don’t hurt. It’s just my body laying a f*****g egg and if it doesn’t get used my body will just rip down the walls inside me, no biggie.

The irritations continued, my legs felt like jelly as I passed more club members, shouting that I was ‘really struggling’. The head wasn’t strong enough to get me through this, I had defeated myself in the head even before the legs had stopped working. I knew then I was going to drop out.

The first hill arrived again on the second lap, by this time I was almost walking up it, head in defeat, legs numb, shooting pains in every direction down below. I’d had enough, my body could not go any further.

Do I run, Yes? Do I stop? sometimes

I stopped in exasperation as the other runners overtook me and flopped to the ground clutching my body. I started shivering as the reality of everything came to a toll.

I was well looked after as I put layer after layer on and sat in the tent waiting for fellow team mates to finish the course, still shivering and drinking hot water. I was even unable to eat cake, this was not a good sign. I wanted the ground to swallow me up into a big muddy hole.

On reflection it was a mere annoyance all this happened. But it happened. My body said no that day, my head was not in the right place, my mental ability was too weak to fight the pain. Previous races (Heanor Double or Quit and the Spooky 10km) I have managed to fight it, the strength of my mind allowed me to finish (with consequences but I finished). This was my first DNF, less than 4 miles and I was unable to get round. Pah – only one thing, onwards and upwards. Today was not my day.

You may encounter many defeats, but you must not be defeated. In fact, it may be necessary to encounter the defeats, so you can know who you are, what you can rise from, how you can still come out of it. – Maya Angelou